Skip to main content
Close Search
All News By 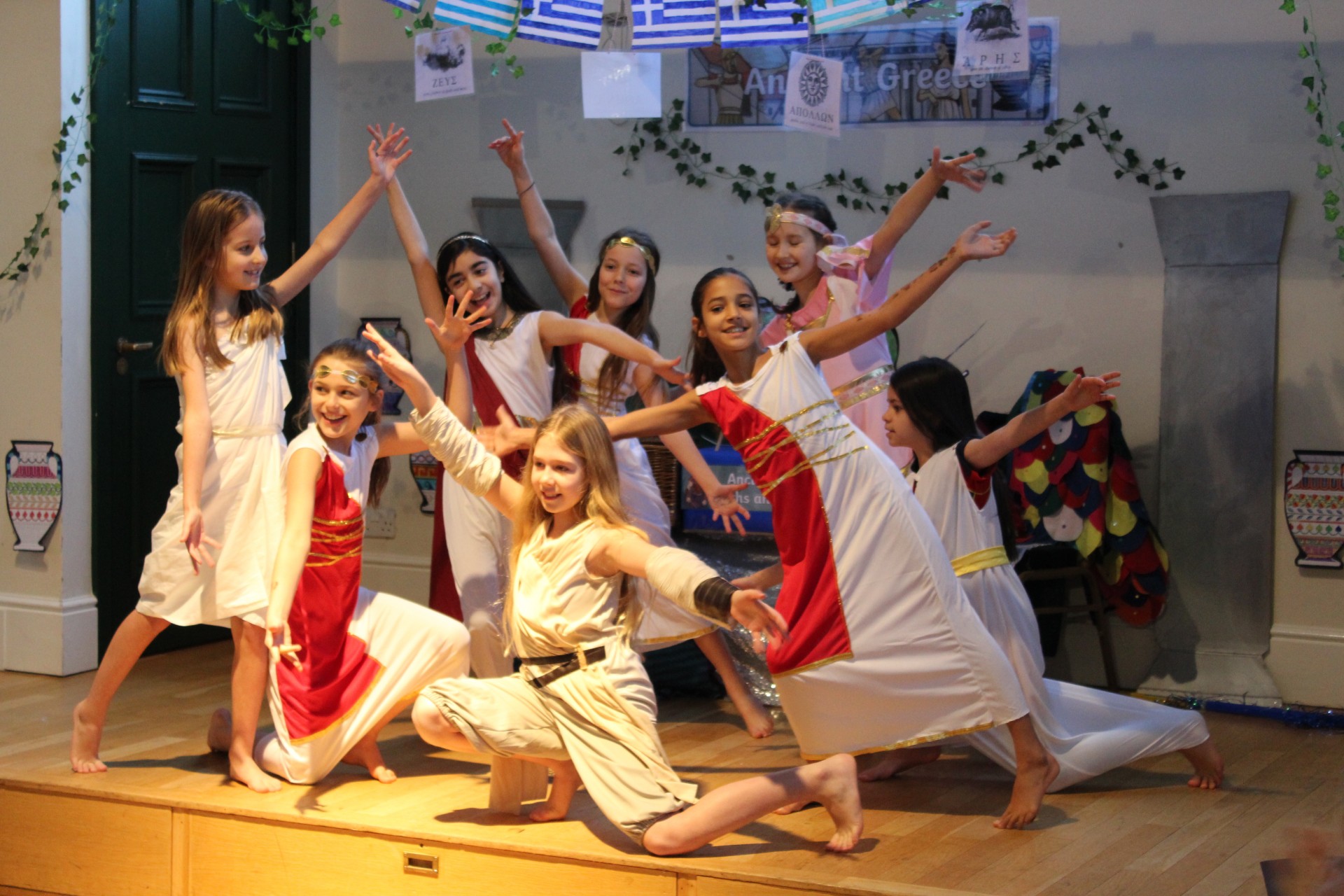 On Friday 14th January, Year 5 performed a fantastic class assembly for the whole school. They learnt songs, dances and fables, entertaining everyone with their animated performance as they told facts and stories about ancient Greece. Well done to Year 5 for such a brilliant performance. 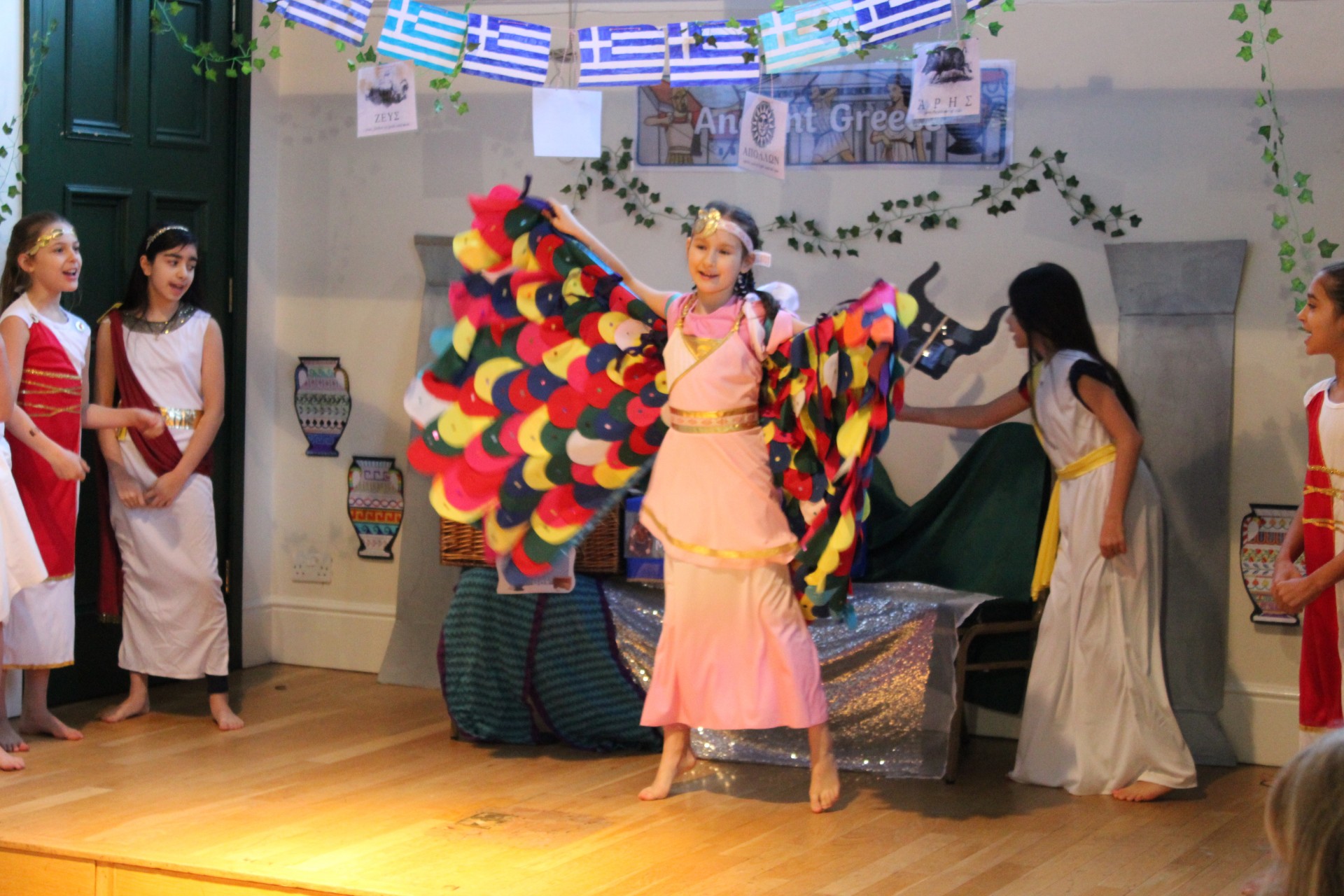 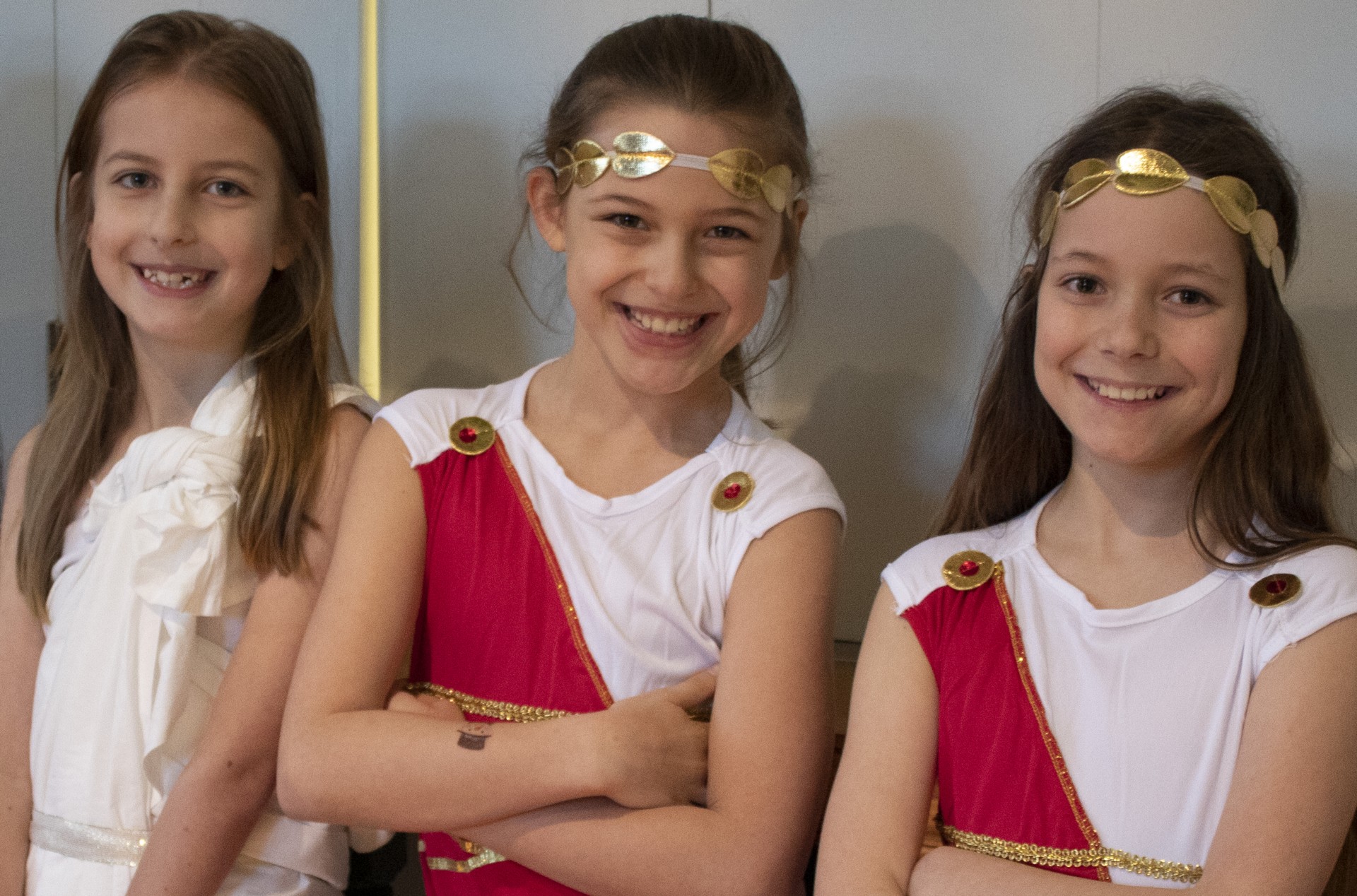 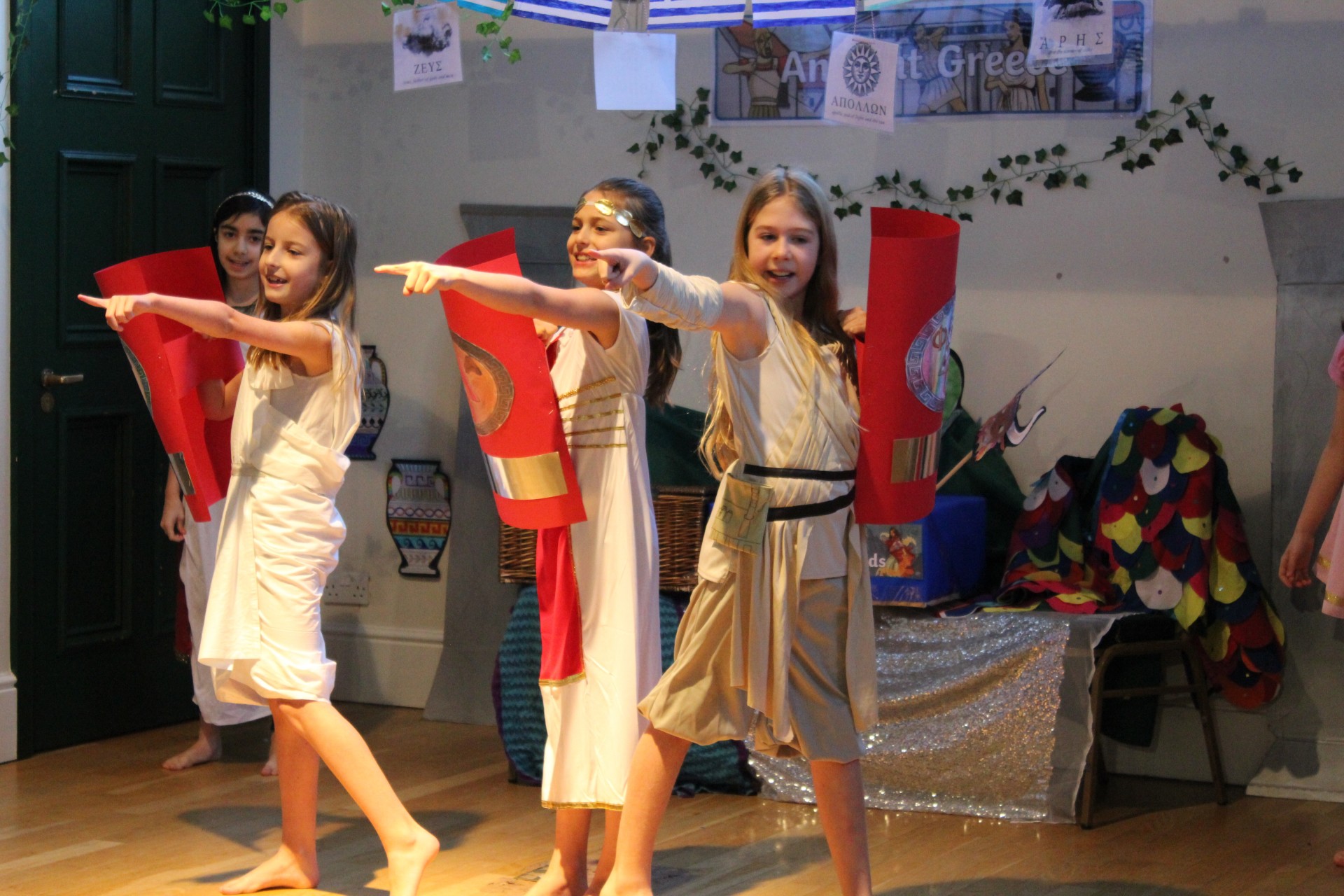 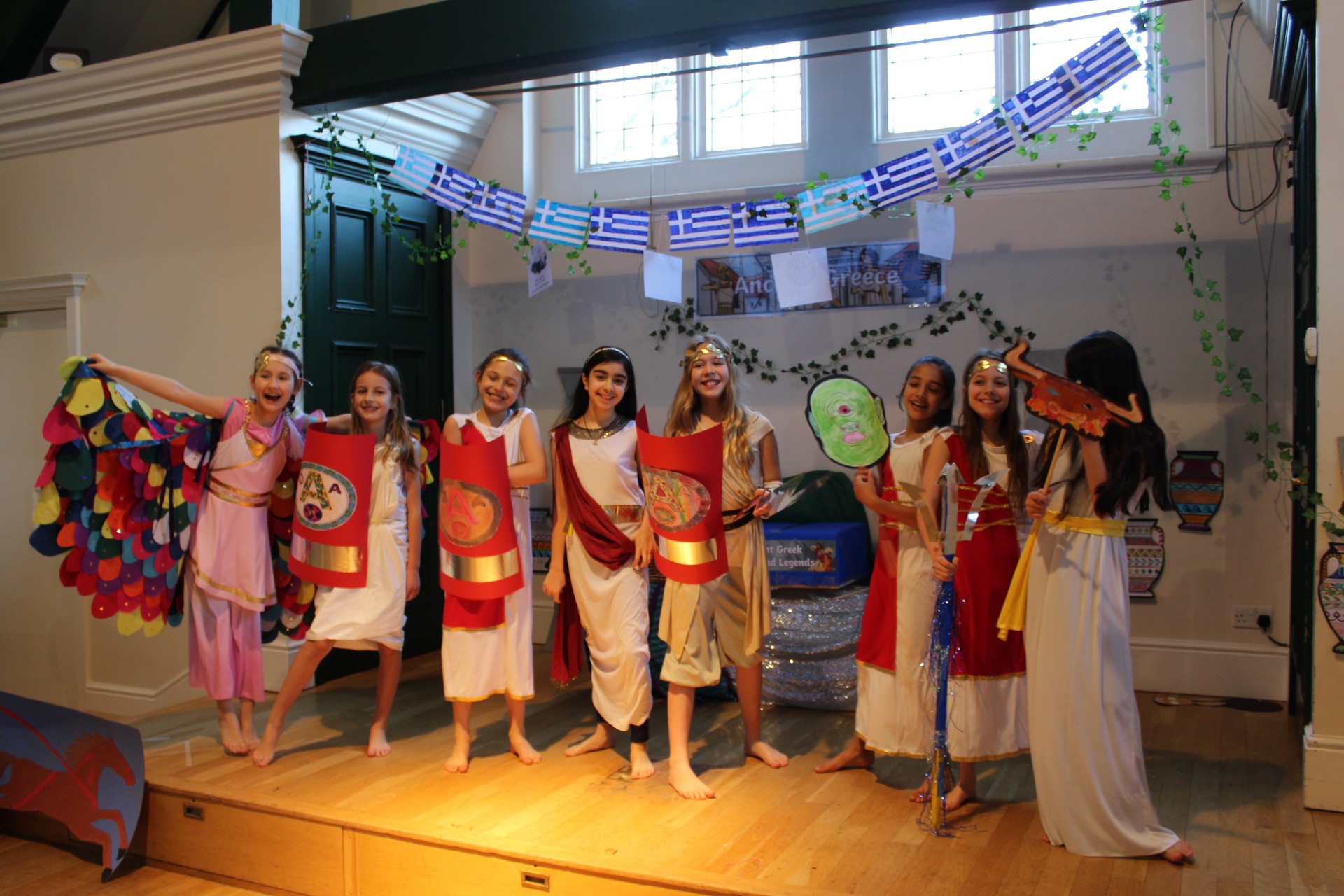 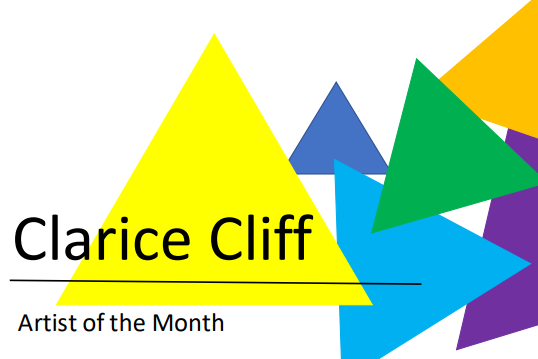 Artist of the Month – Clarice Cliff

This January at Chiswick & Bedford Park our Artist of the Month is Clarice Cliff.

Born in Stoke-on-Trent on 20th January 1899, Cliff left school at the age of 13 to work in the pottery industry. Starting as a gilder, she moved on to freehand painting, enamelling and outlining. Her work soon caught her bosses attention, and he helped her apply to study at the Royal College of Arts in Paris.

In 1927 she opened her own studio, and developed a new pottery design called Bizarre which was made of colourful shapes. By 1929, she had roughly 70 people working with her. 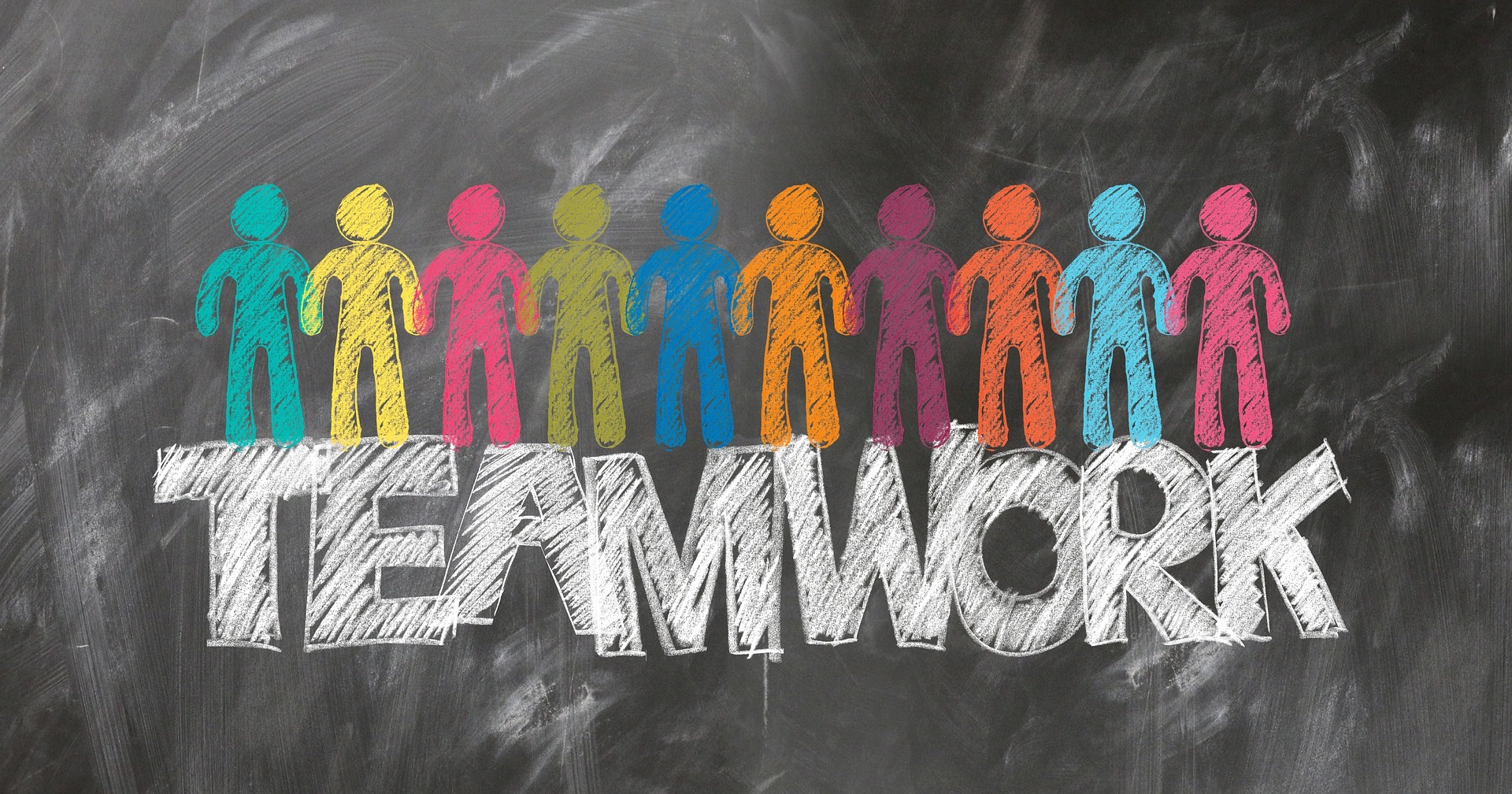 Value of the Month – Teamwork

Our Value of the Month for January at Chiswick & Bedford Park is teamwork.

Working as a team means that we can benefit from each others help, knowledge and experience to accomplish our goals together.

You can see the poster for this month’s value on our Value of the Month page. 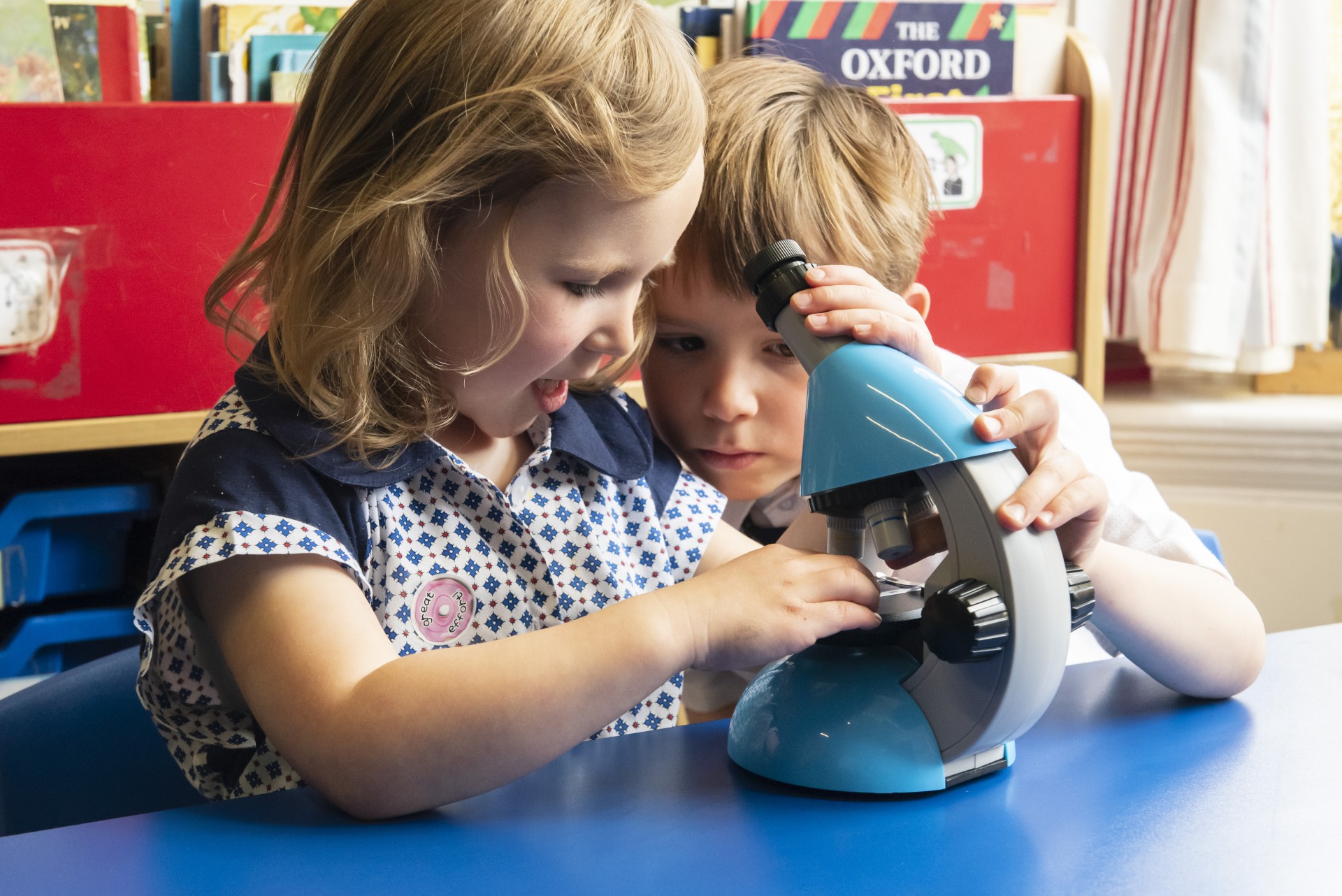 Welcome back to CBPPS for Spring term 2022!

We have a variety of events and activities taking place this term, with some dates for the diary including: 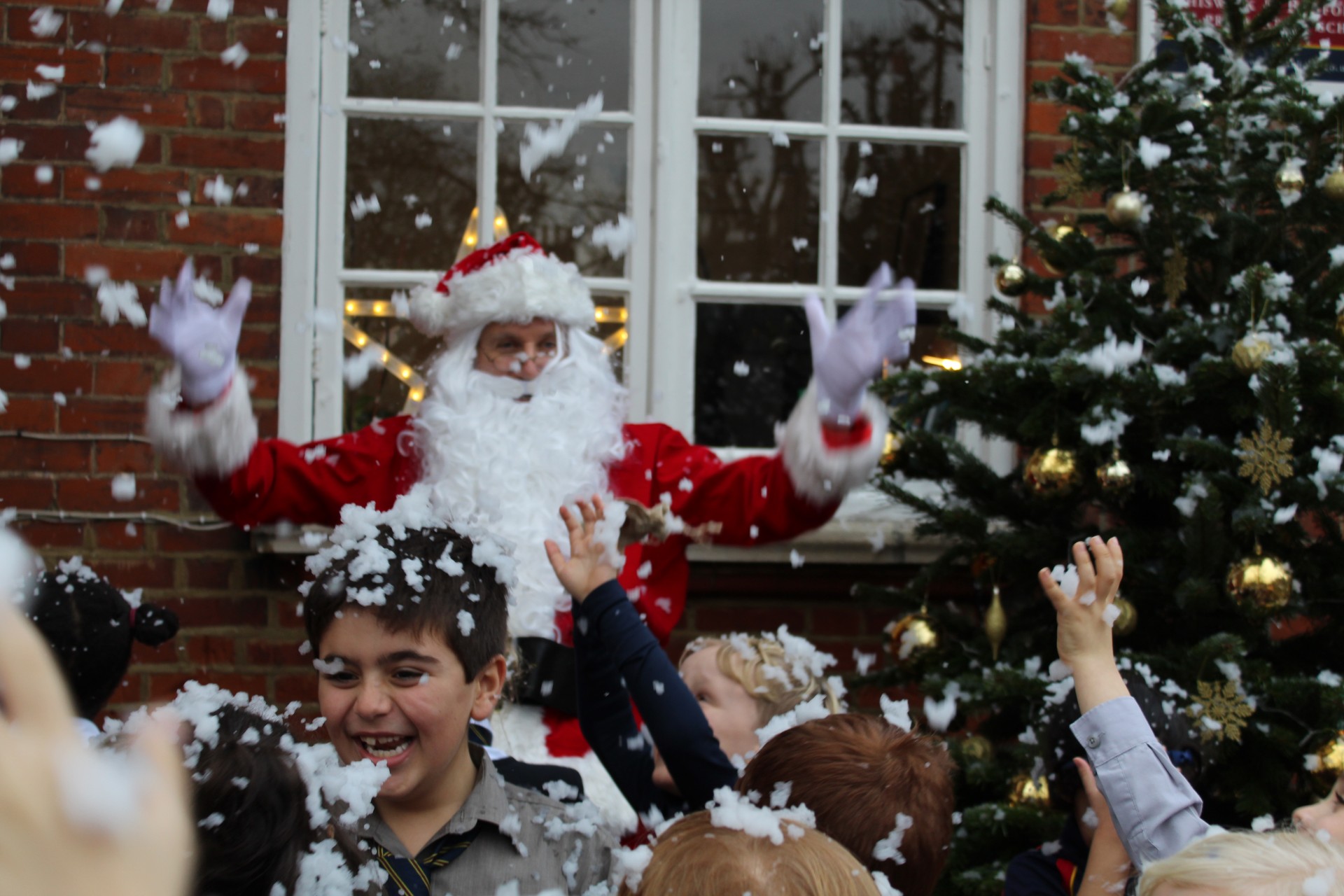 Wow, what a treat for the children at CBPPS! On Monday 13th December, the ultimate festive visitor popped in to visit the pupils – Father Christmas! The children were delighted to meet him, and be able to tell him about their Christmas activities and ask questions about the reindeer.

They were all very pleased with their gold coins that he had brought all the way from the North Pole – thank you Father Christmas! 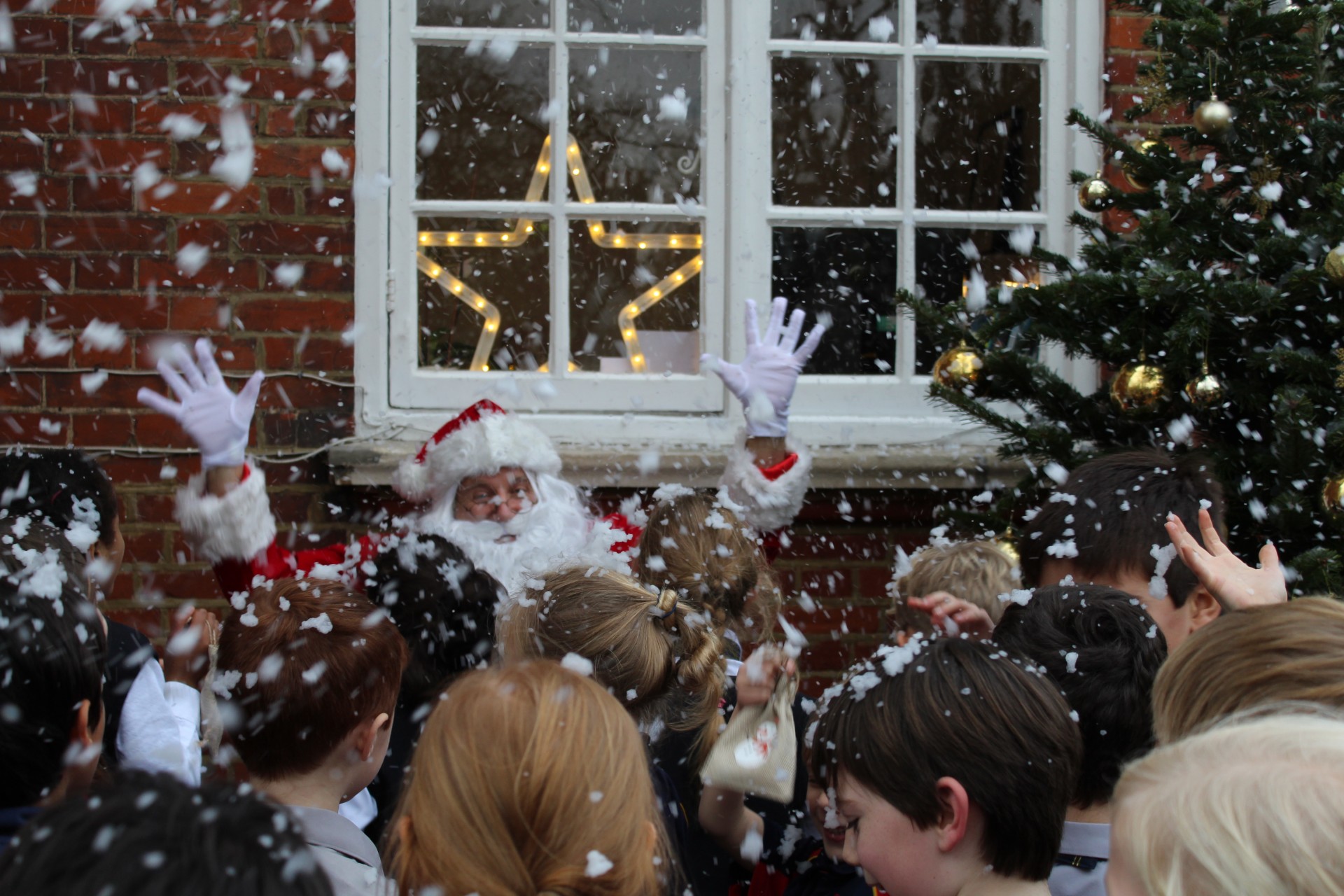 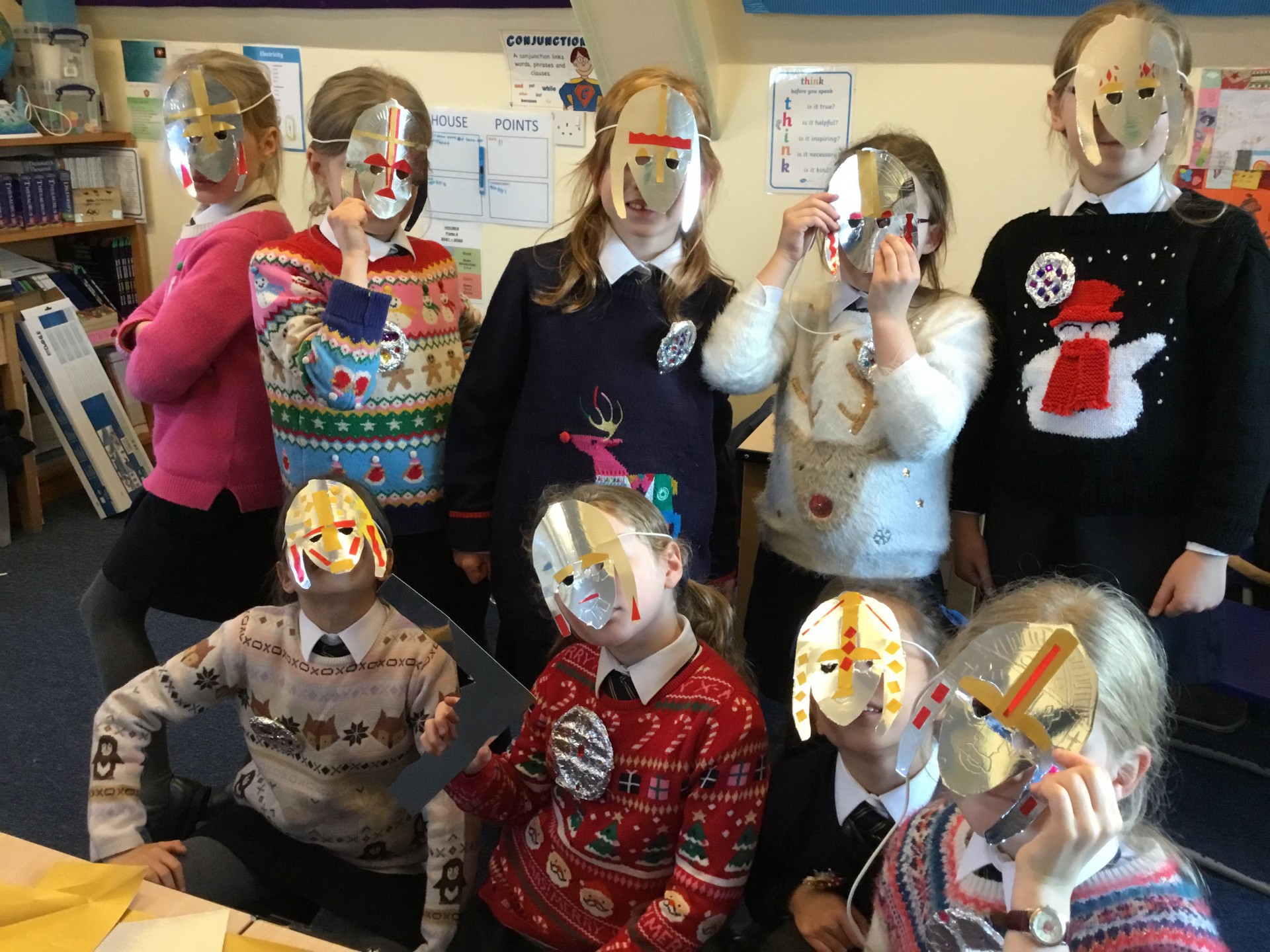 On Thursday 9th December, Year 4 designed and made these fantastic Anglo-Saxon inspired masks. Their jewelled creations are based on real masks from the era, and were made in art this week. 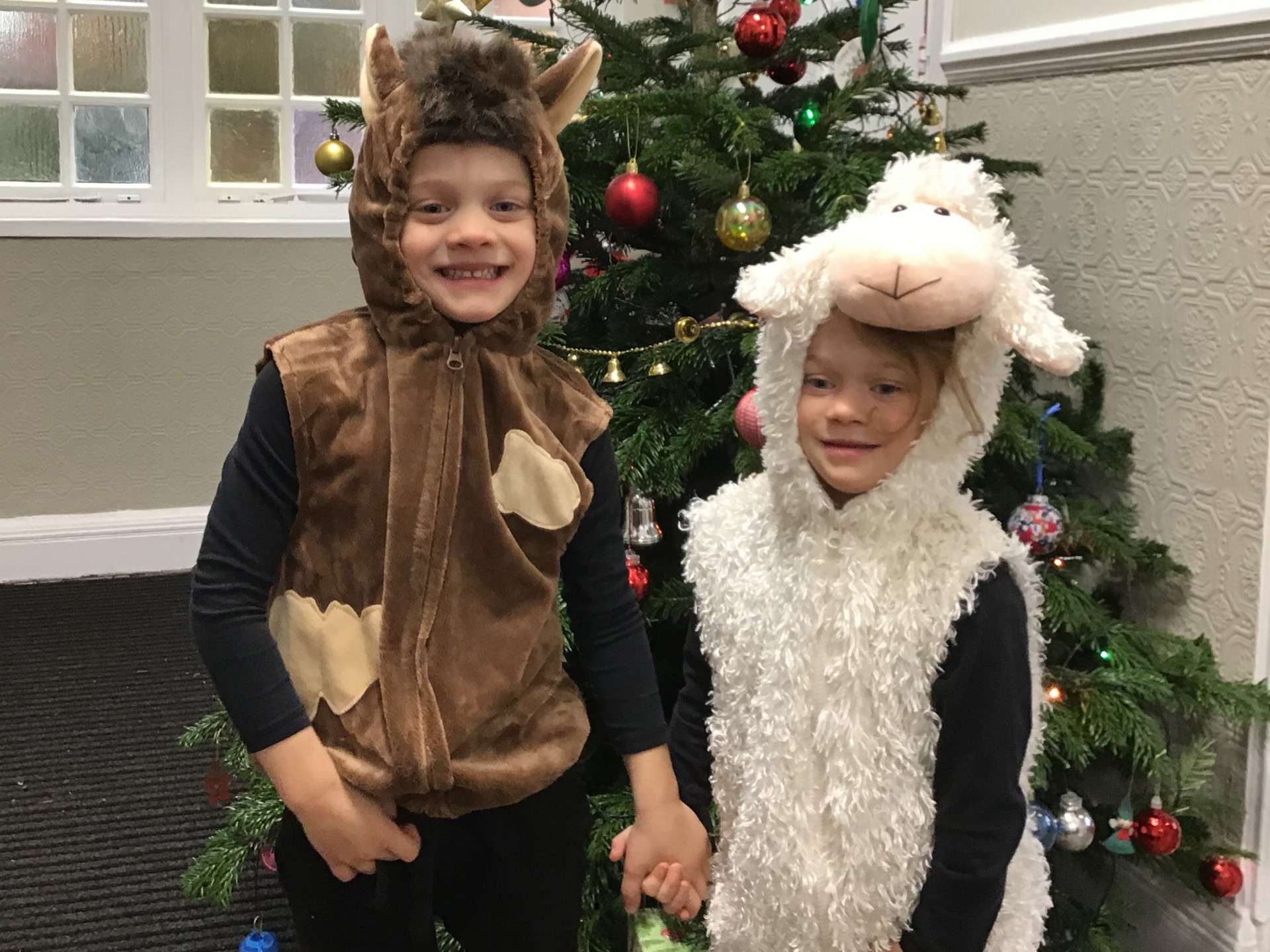 On Wednesday 8th December, Reception took to the stage to perform their first Christmas Nativity show at Chiswick & Bedford Park.

After practising their songs and dances for weeks, the children were very excited and they all remembered their lines brilliantly.

A big thank you to all our Reception parents for bringing in their excellent costumes and helping them learn their lines at home. 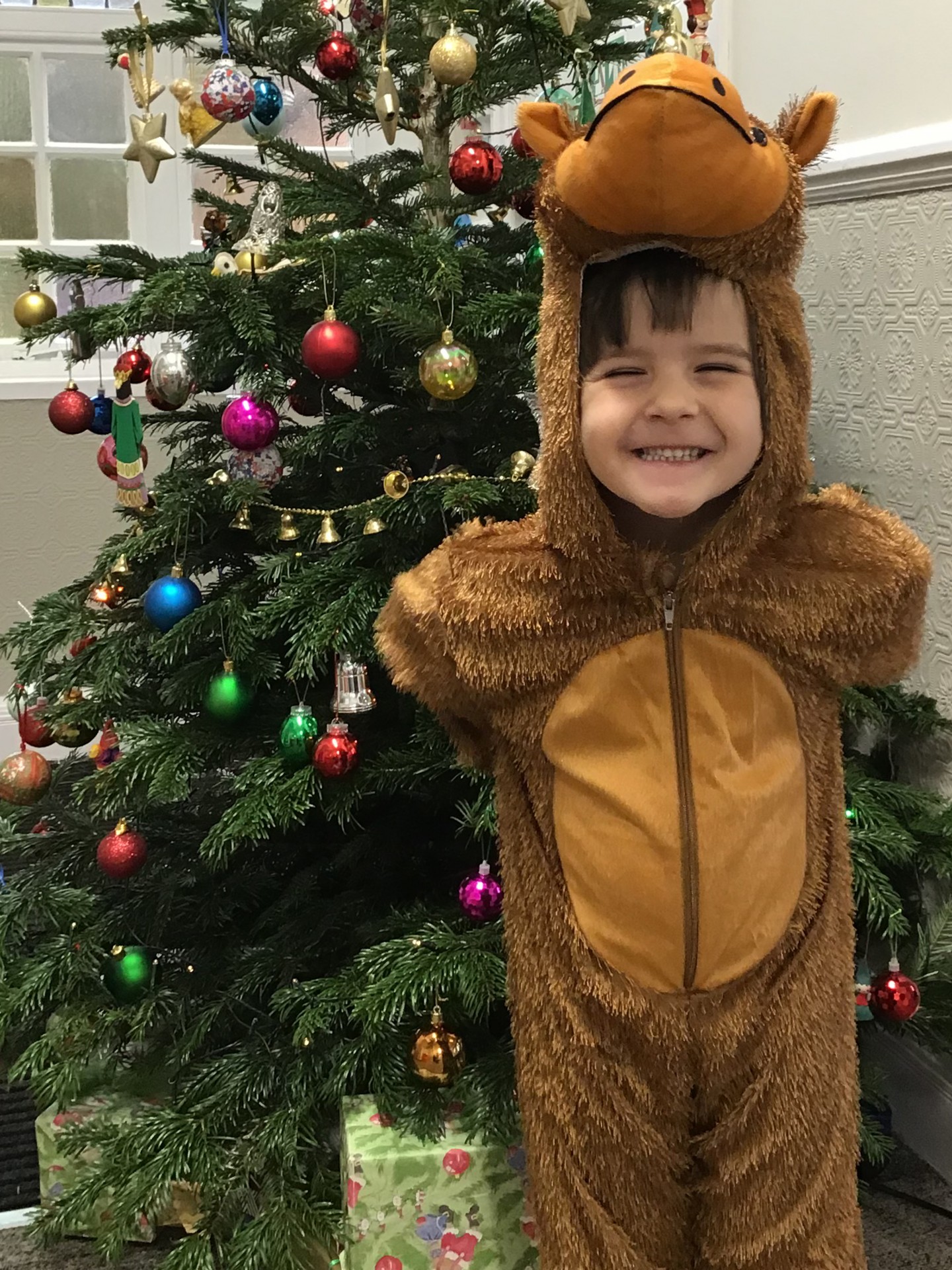 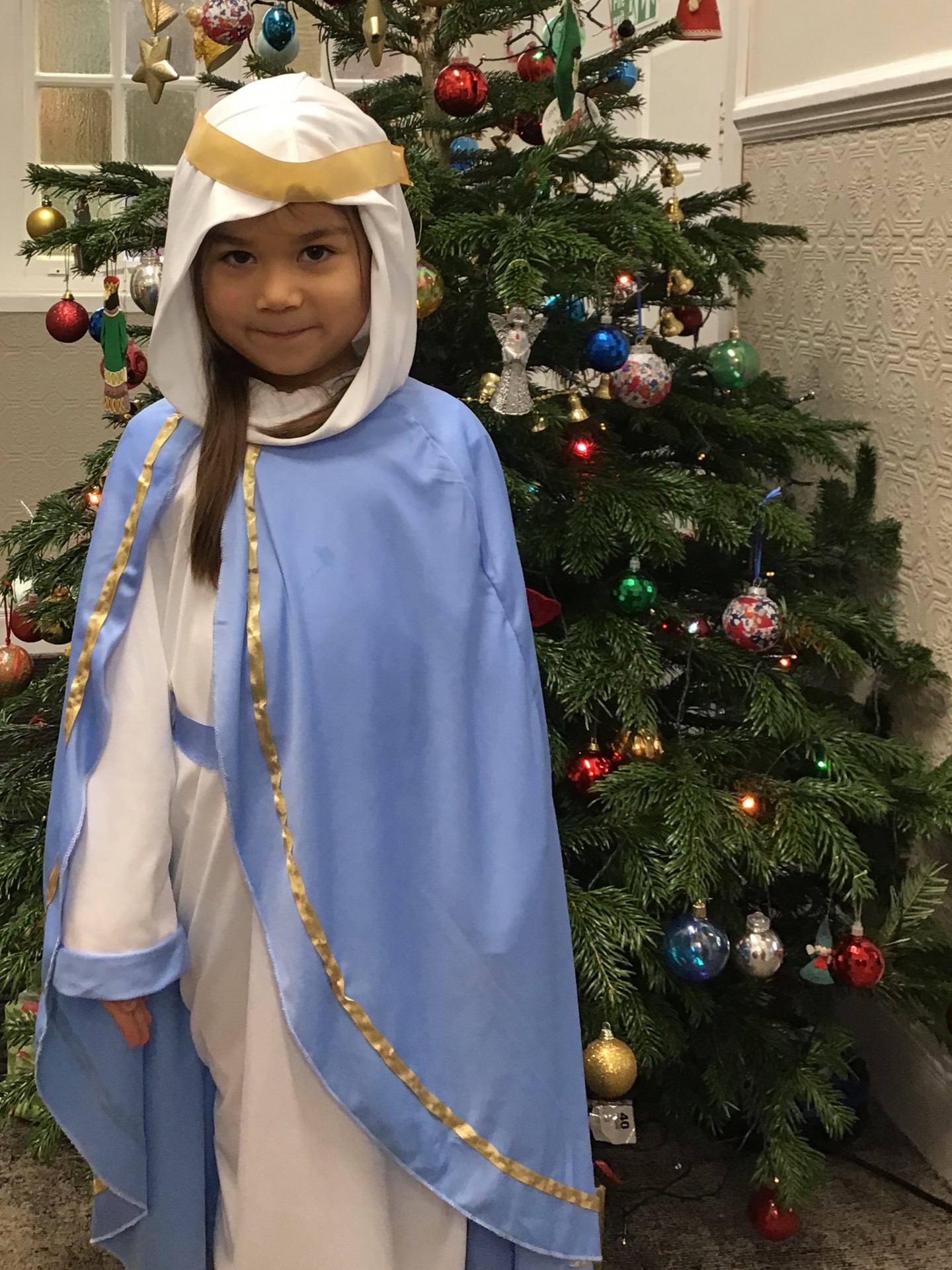 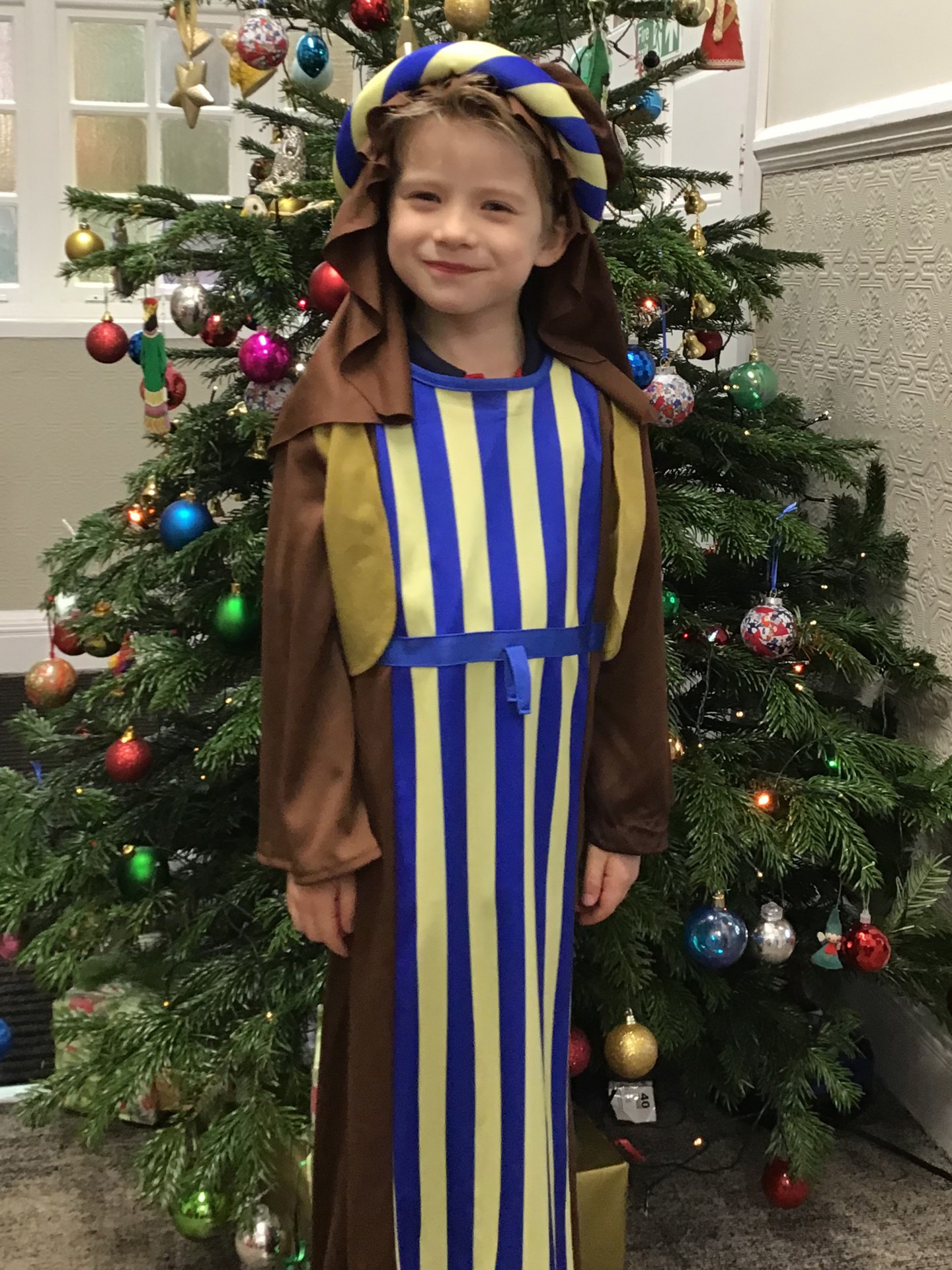 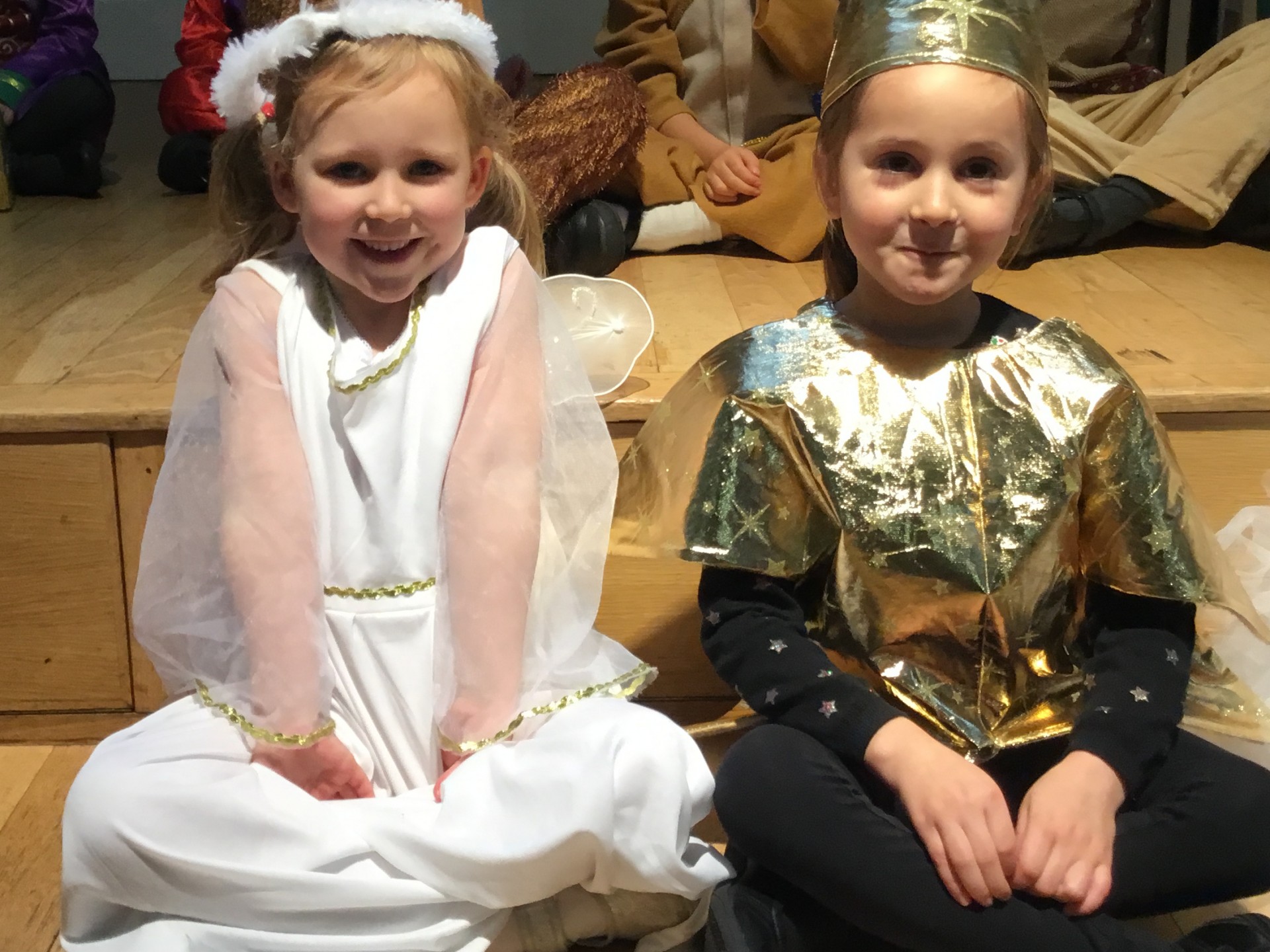 On Wednesday 8th December, Year 1 performed their first school nativity, called ‘Humph the Camel’, in front of an audience. Well done to all the children for remembering all the songs, dances and lines they had – they all performed brilliantly. 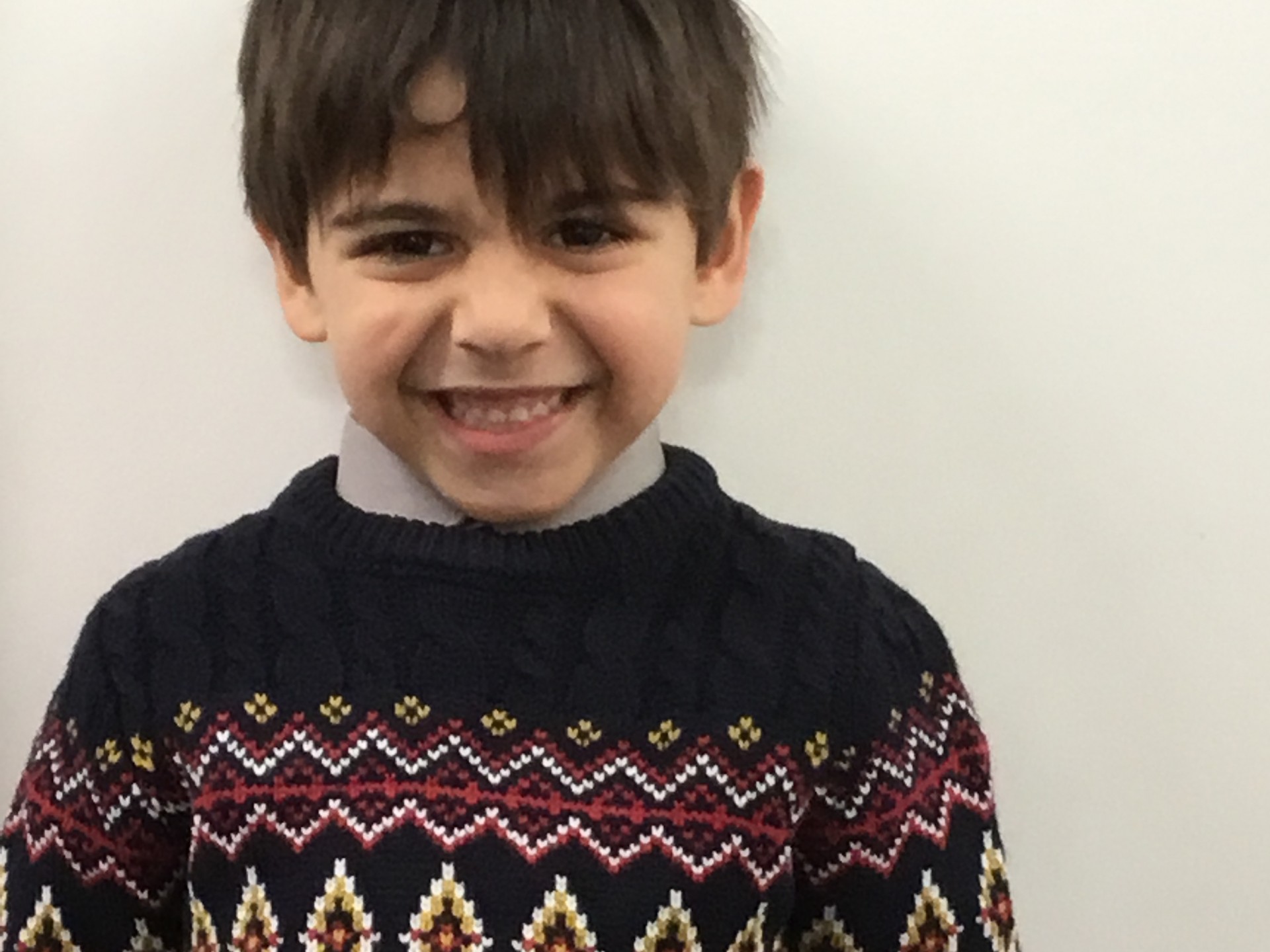 On Thursday 9th December, pupils and staff celebrated the upcoming holiday by joining in with Christmas Jumper Day 2021.

We saw glittery jumpers, woolly jumpers and even a few jumpers with flashing lights on them!

To top off the festivities the whole school was treated to Christmas dinner by our school caterers, Holroyd Howe. 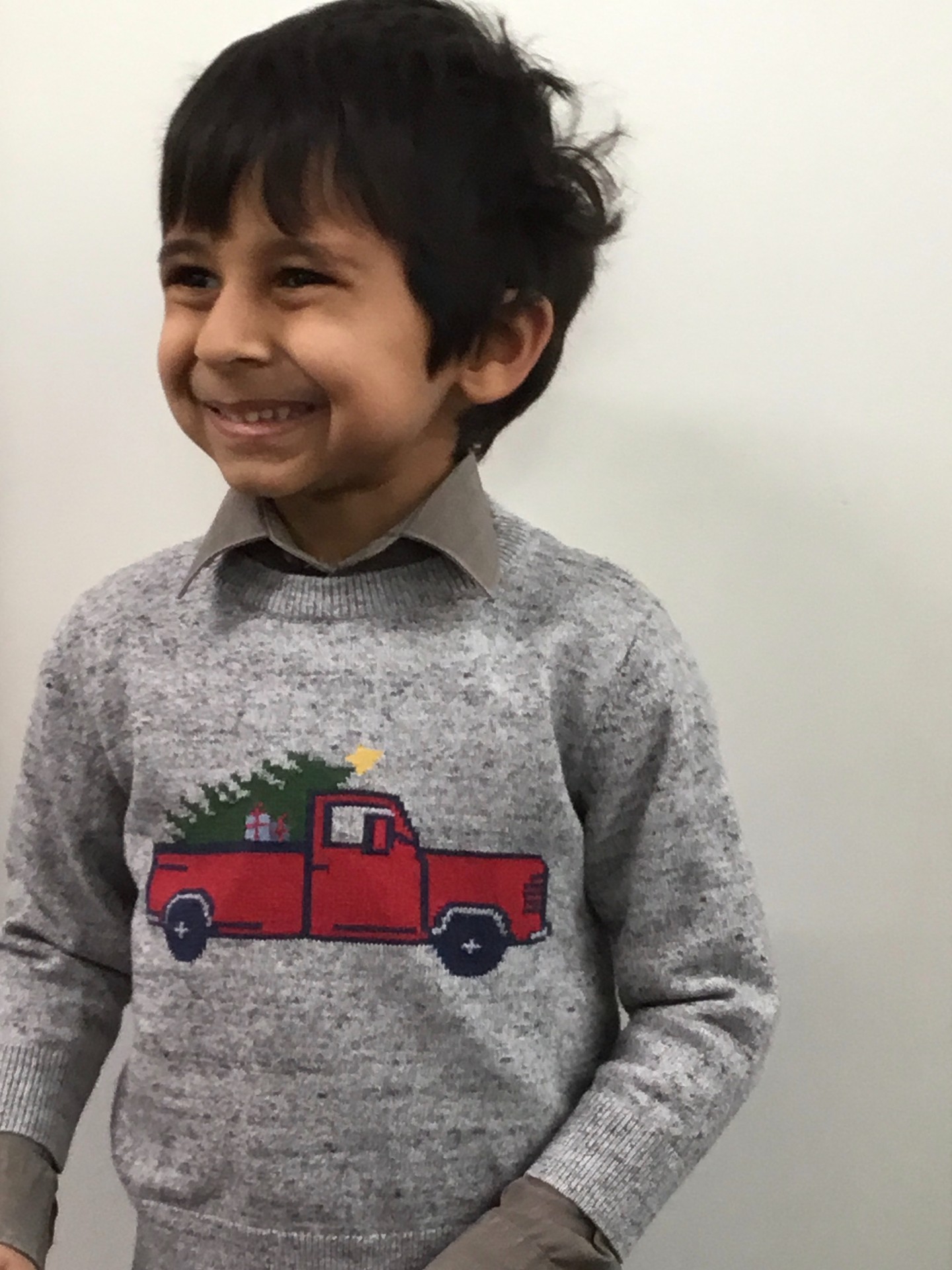 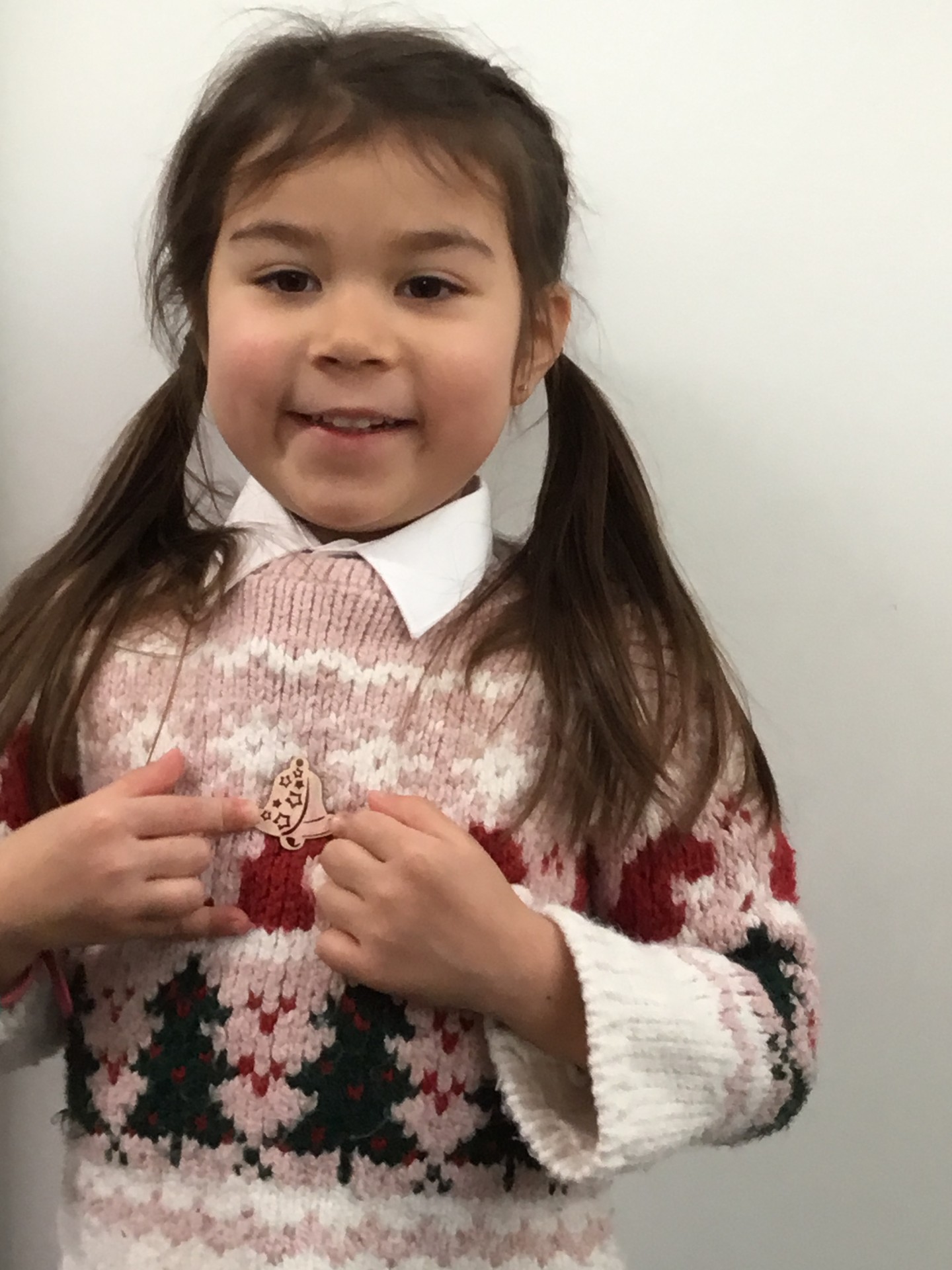 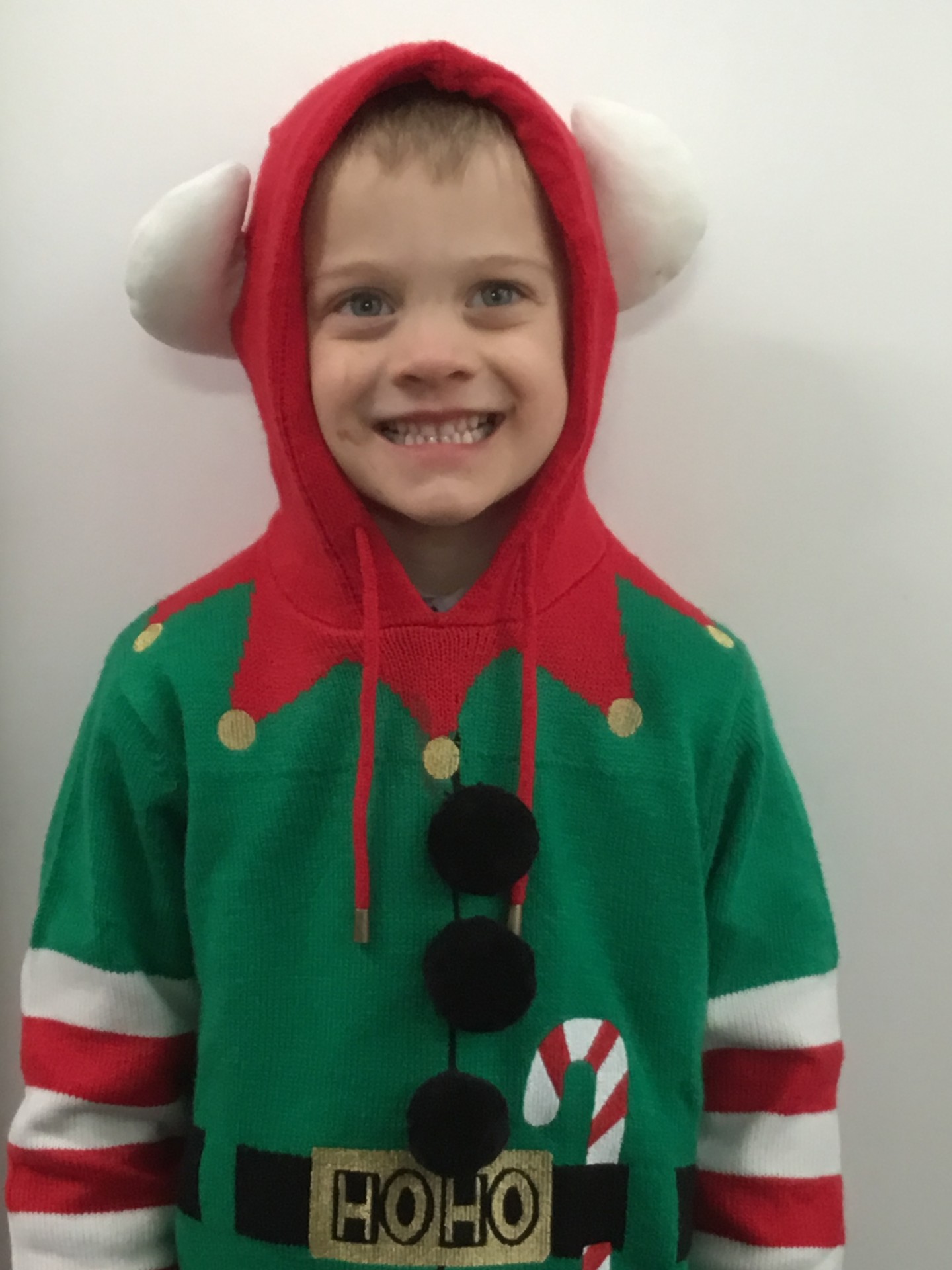 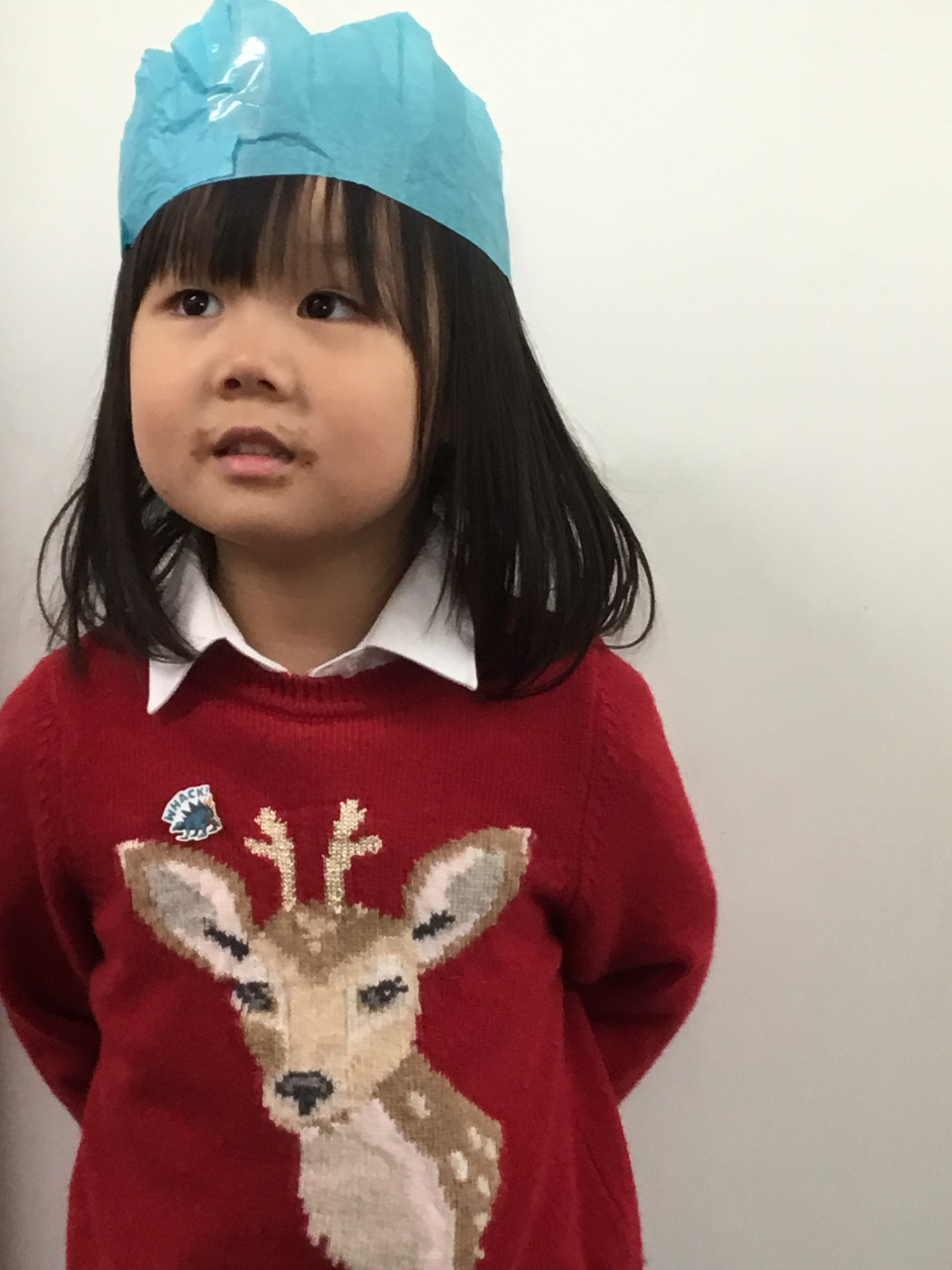 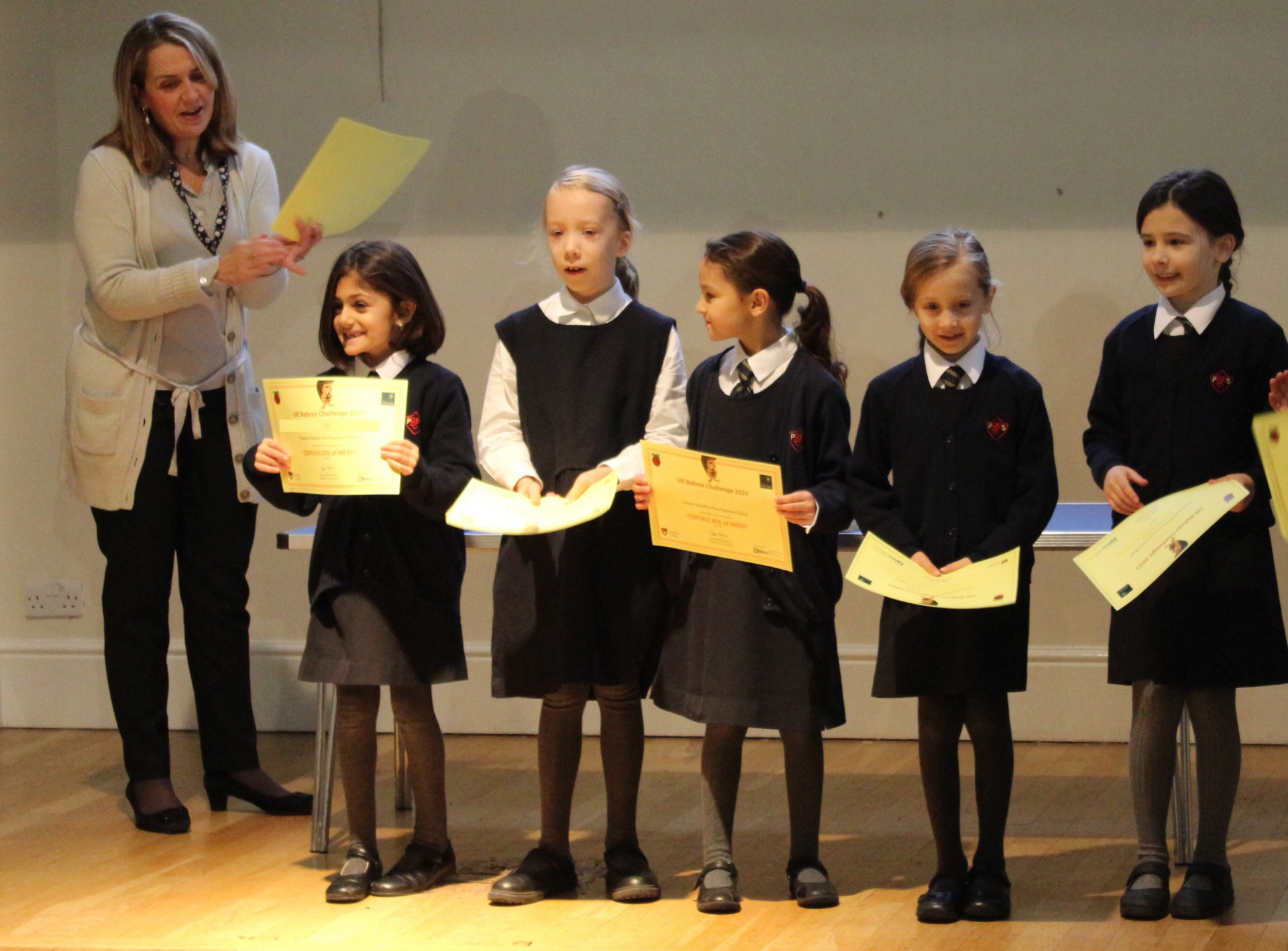 On Friday 3rd December the whole school gathered in assembly to hear the results of the Bebras Challenge 2021, which every class from Year 2 to Year 6 took part.

All pupils who took part were awarded a certificate of participation, whilst others reached merit and distinction in the challenge.

Congratulations to one member of Year 6, who was awarded a special gold certificate for qualifying in the top 10% nationwide! 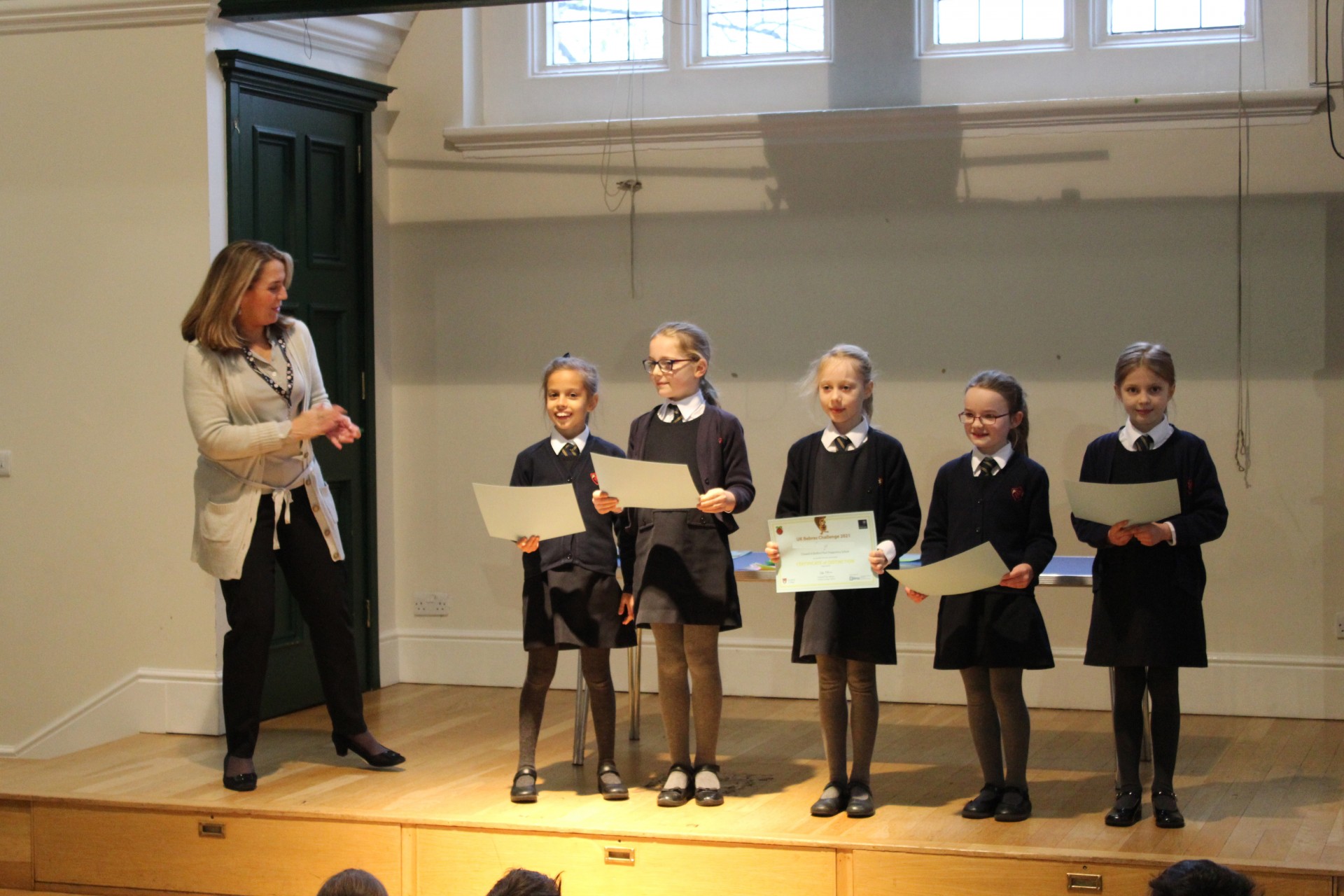 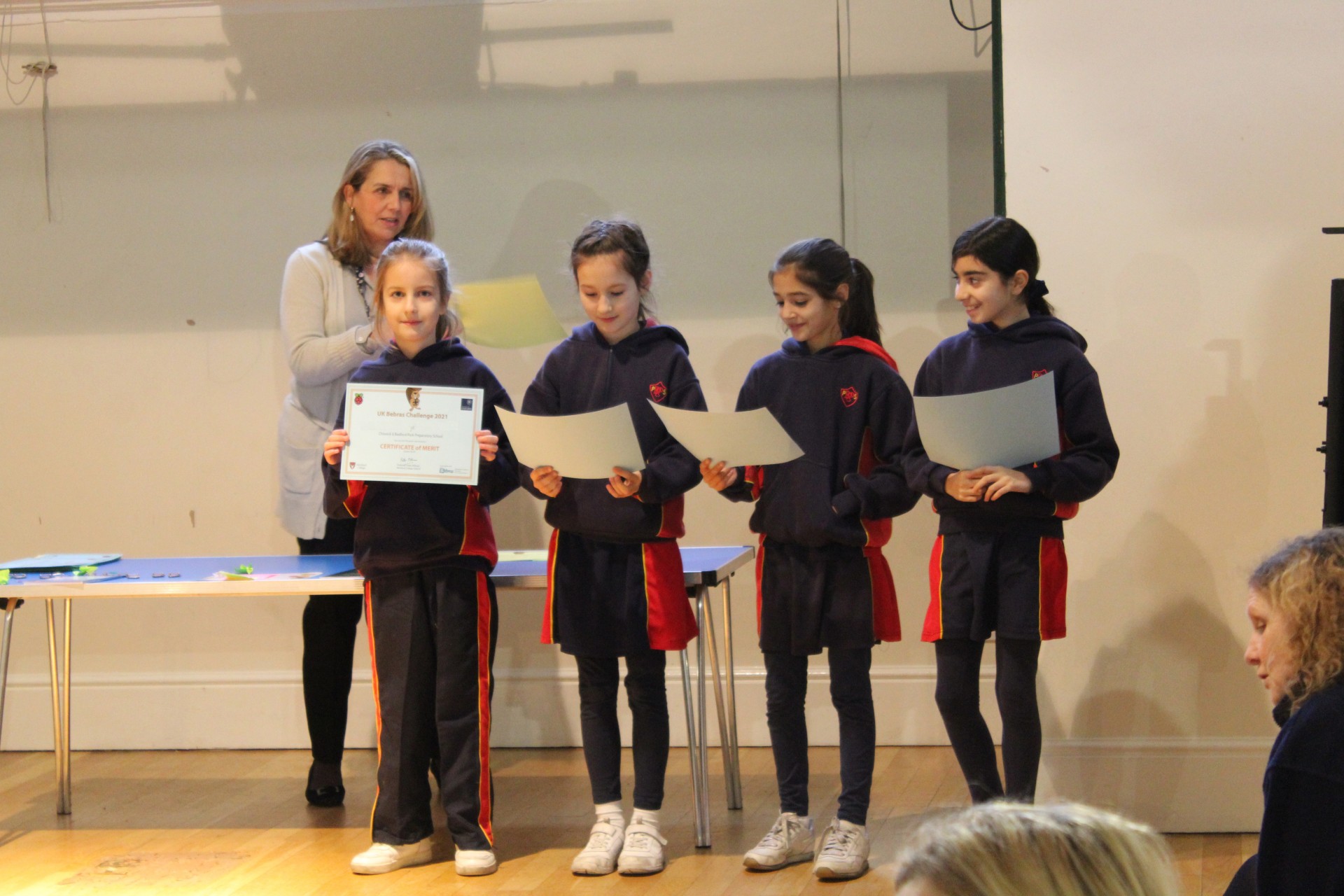 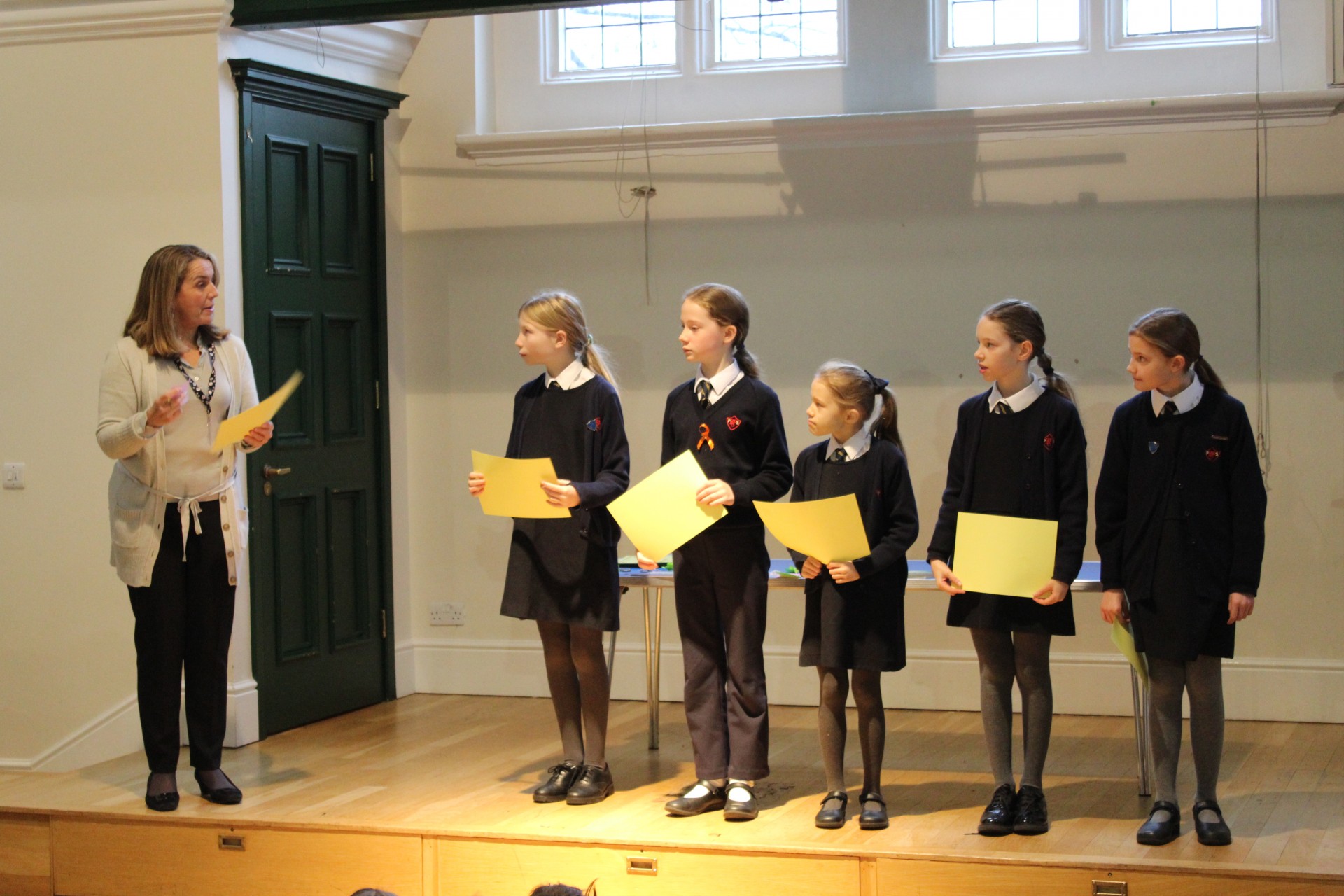 We use cookies and similar technologies to enable services and functionality on our site and to understand your interaction with our service. By clicking on accept, you agree to our use of such technologies for marketing and analytics.
Cookie SettingsAccept All
Manage consent

This website uses cookies to improve your experience while you navigate through the website. Out of these, the cookies that are categorized as necessary are stored on your browser as they are essential for the working of basic functionalities of the website. We also use third-party cookies that help us analyze and understand how you use this website. These cookies will be stored in your browser only with your consent. You also have the option to opt-out of these cookies. But opting out of some of these cookies may affect your browsing experience.
Necessary Always Enabled
Necessary cookies are absolutely essential for the website to function properly. These cookies ensure basic functionalities and security features of the website, anonymously.
Functional
Functional cookies help to perform certain functionalities like sharing the content of the website on social media platforms, collect feedbacks, and other third-party features.
Performance
Performance cookies are used to understand and analyze the key performance indexes of the website which helps in delivering a better user experience for the visitors.
Analytics
Analytical cookies are used to understand how visitors interact with the website. These cookies help provide information on metrics the number of visitors, bounce rate, traffic source, etc.
Advertisement
Advertisement cookies are used to provide visitors with relevant ads and marketing campaigns. These cookies track visitors across websites and collect information to provide customized ads.
Others
Other uncategorized cookies are those that are being analyzed and have not been classified into a category as yet.
SAVE & ACCEPT
Powered by