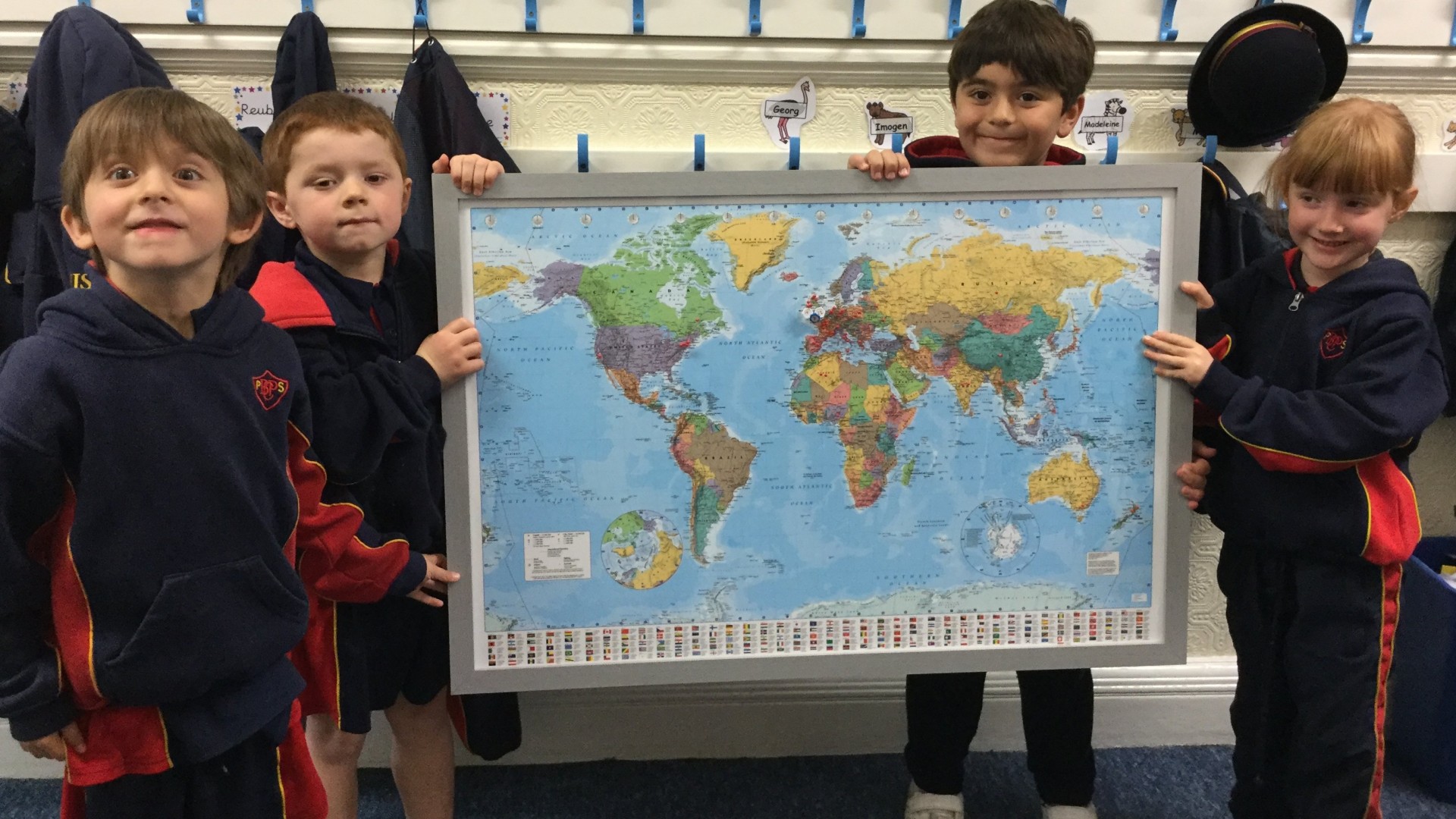 We’ve been learning about our cultural diversity and what makes us who we are.  We’ve role played, been involved in interactive drama workshops and learned so much more about each other.

Our wonderful parents have put together a book list of good reads that look at diversity and inclusion – thank you parents!

Value of the Month – Positivity 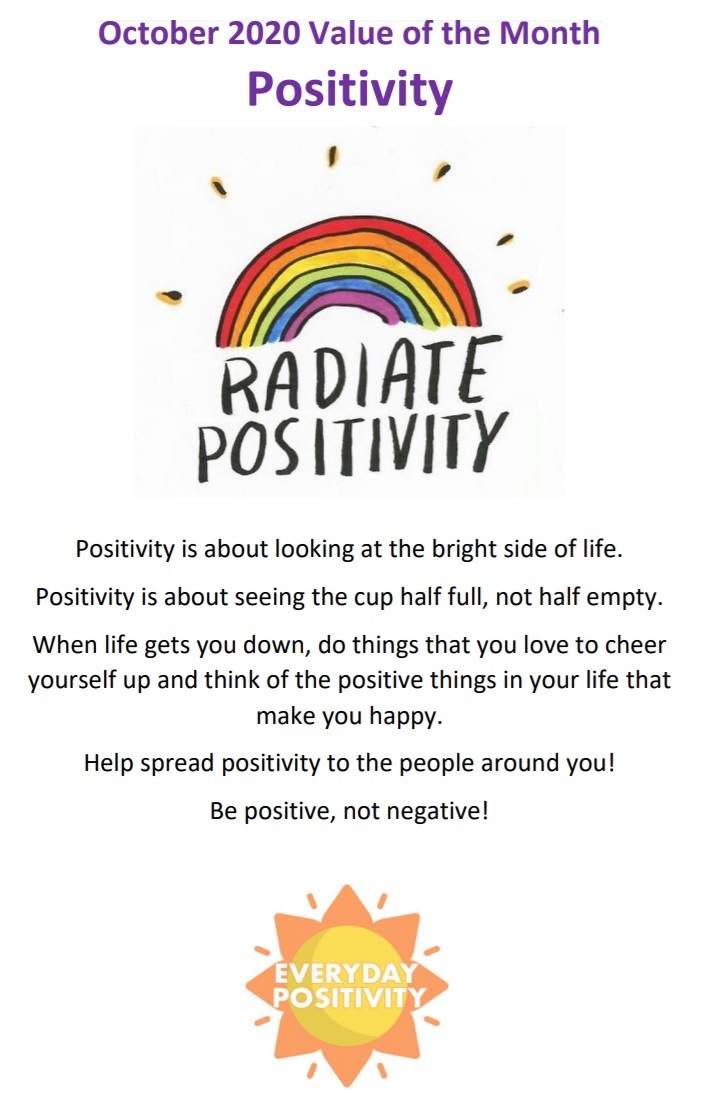 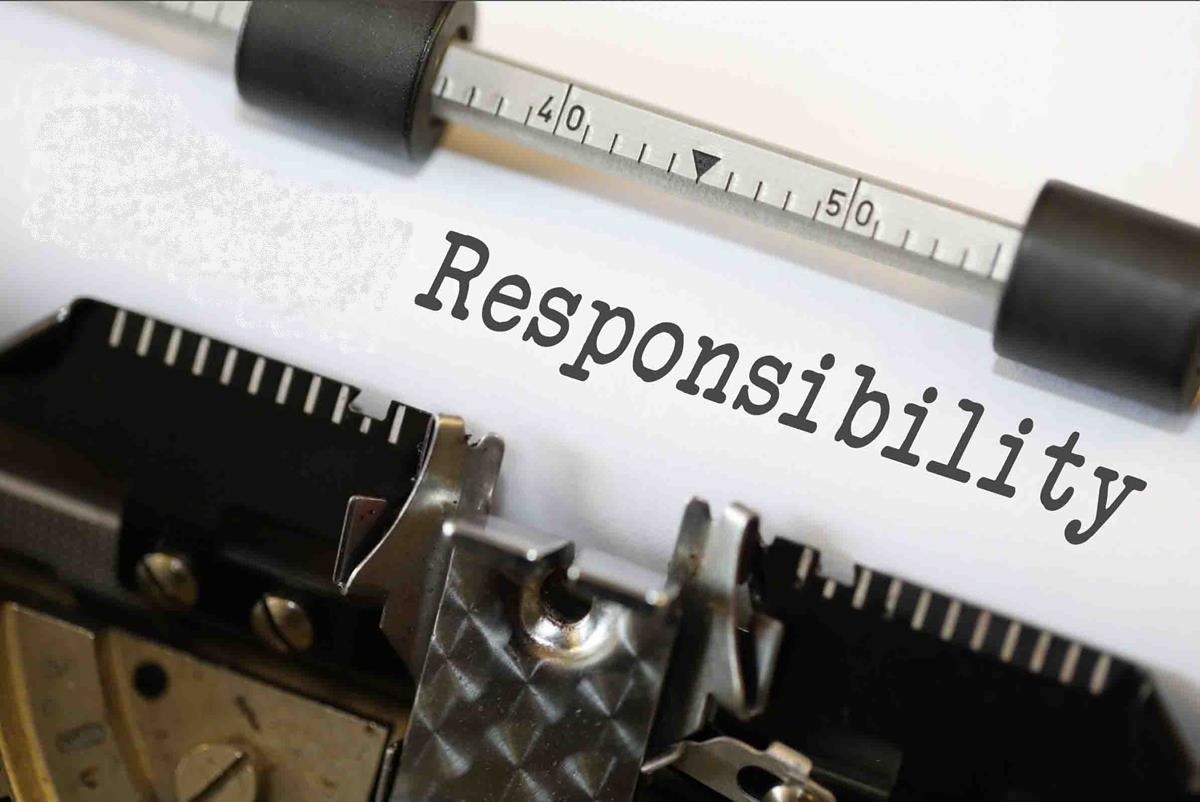 Value of the Month – Responsibility

The Value of the Month this month is Responsibility.  Responsibility is about being trusted by others to make good choices and doing all you can to be the best person possible. 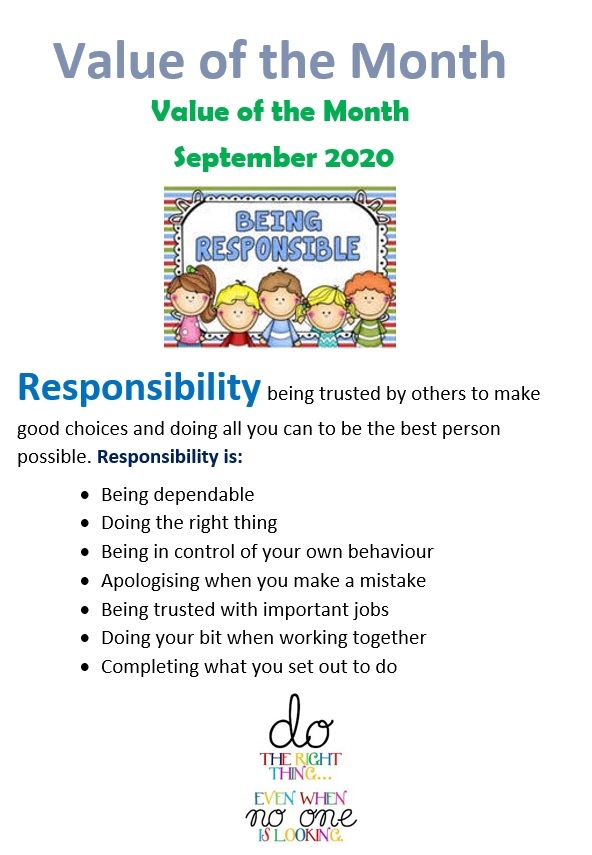 On Friday 13th March, Form 2 rounded off an excellent week of science with a class assembly on animals and the environment. All the children worked very hard to learn their lines, along with a song and tree-inspired dance. Well done to the class for their lovely performances, we all learnt a lot about forests, habitats and the animals that dwell within them. 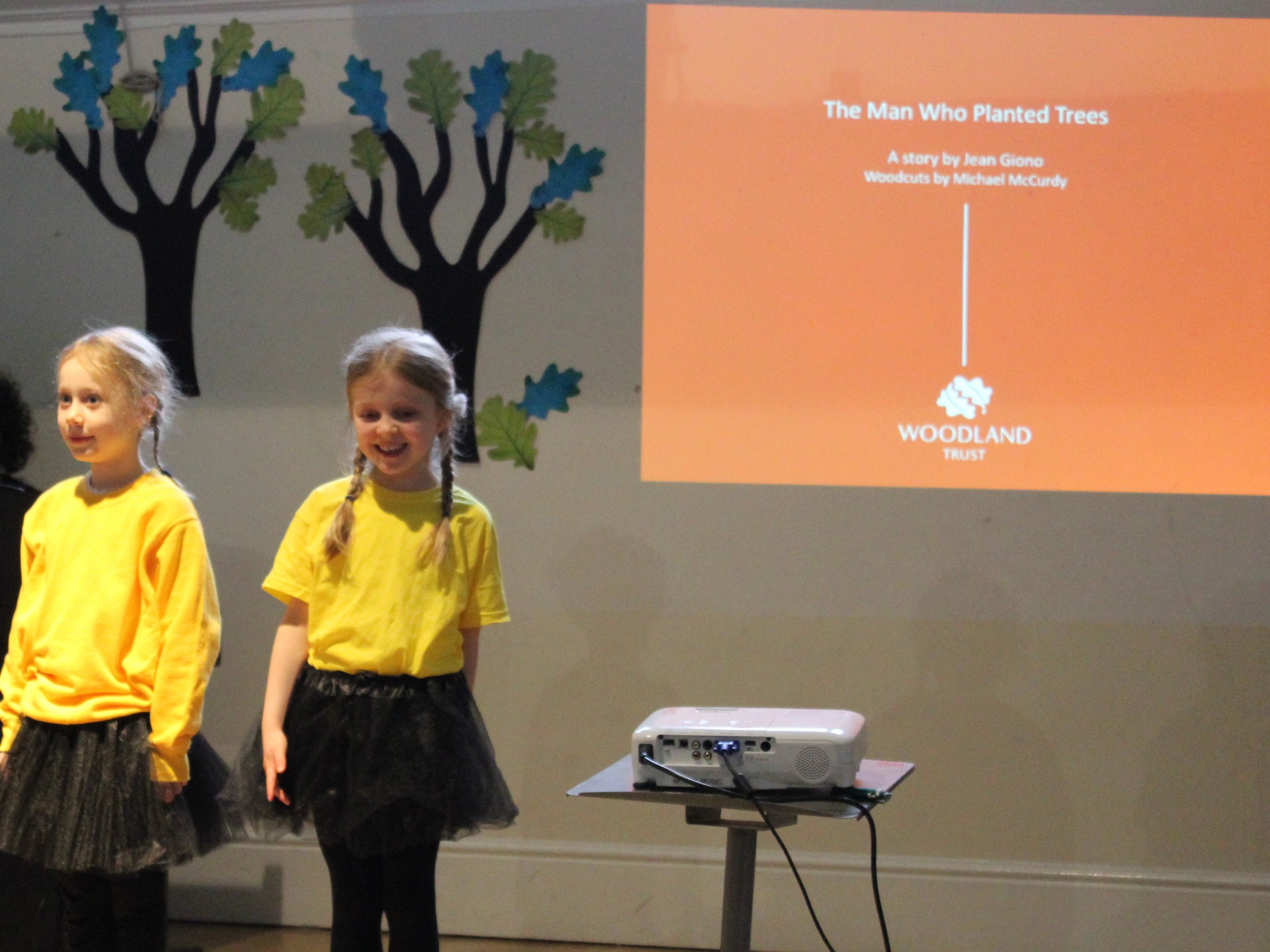 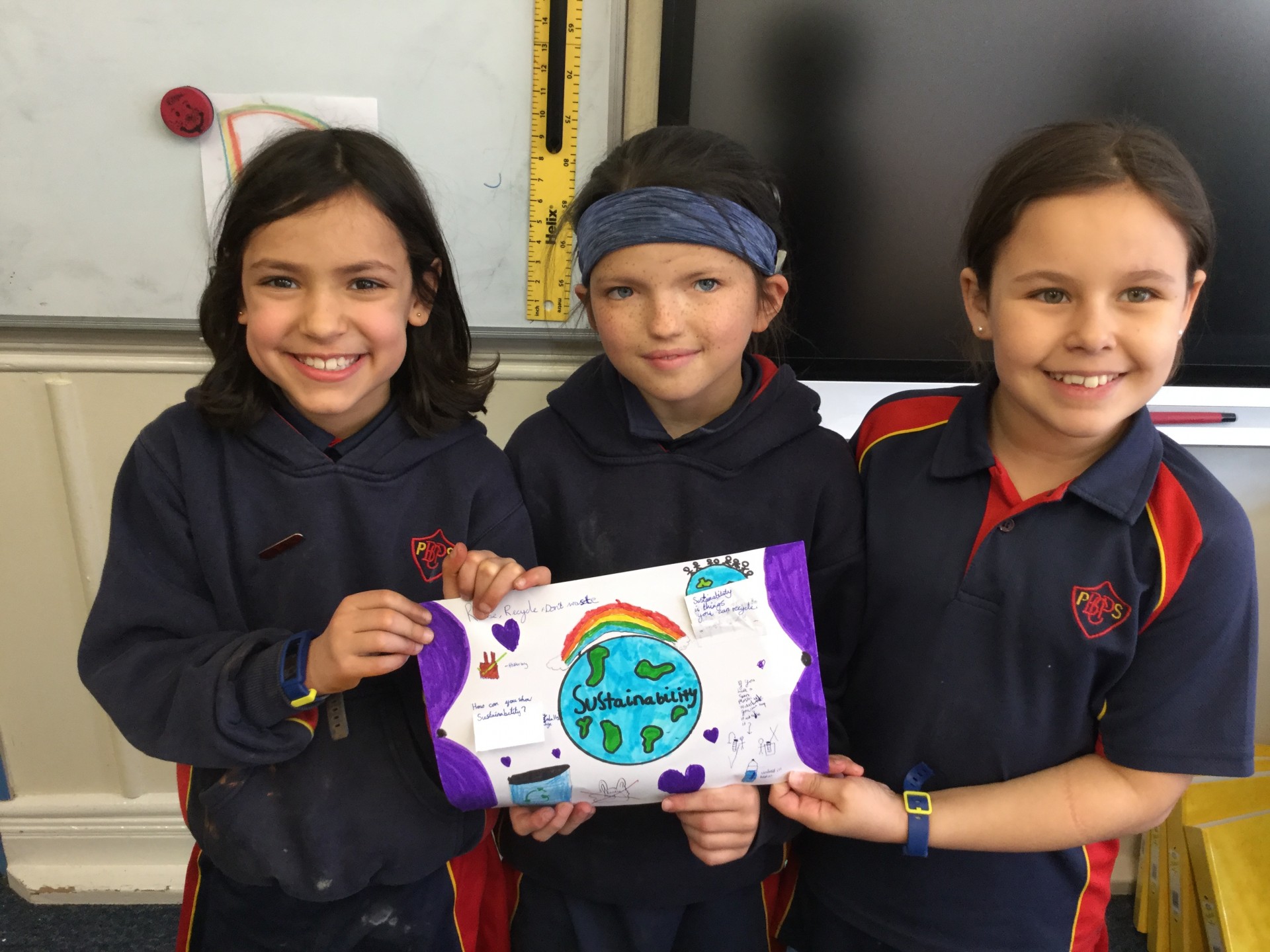 Form 4 visit the Museum of Brands

On Thursday 12th March, Form 4 enjoyed visiting the Museum of Brands in Notting Hill, London. As part of their science week studies, the class went to look at how product packaging has changed throughout the 20th & 21st Century and issues of package sustainability. After visiting the museum, the class then worked in groups to design these brilliant posters to illustrate sustainability. 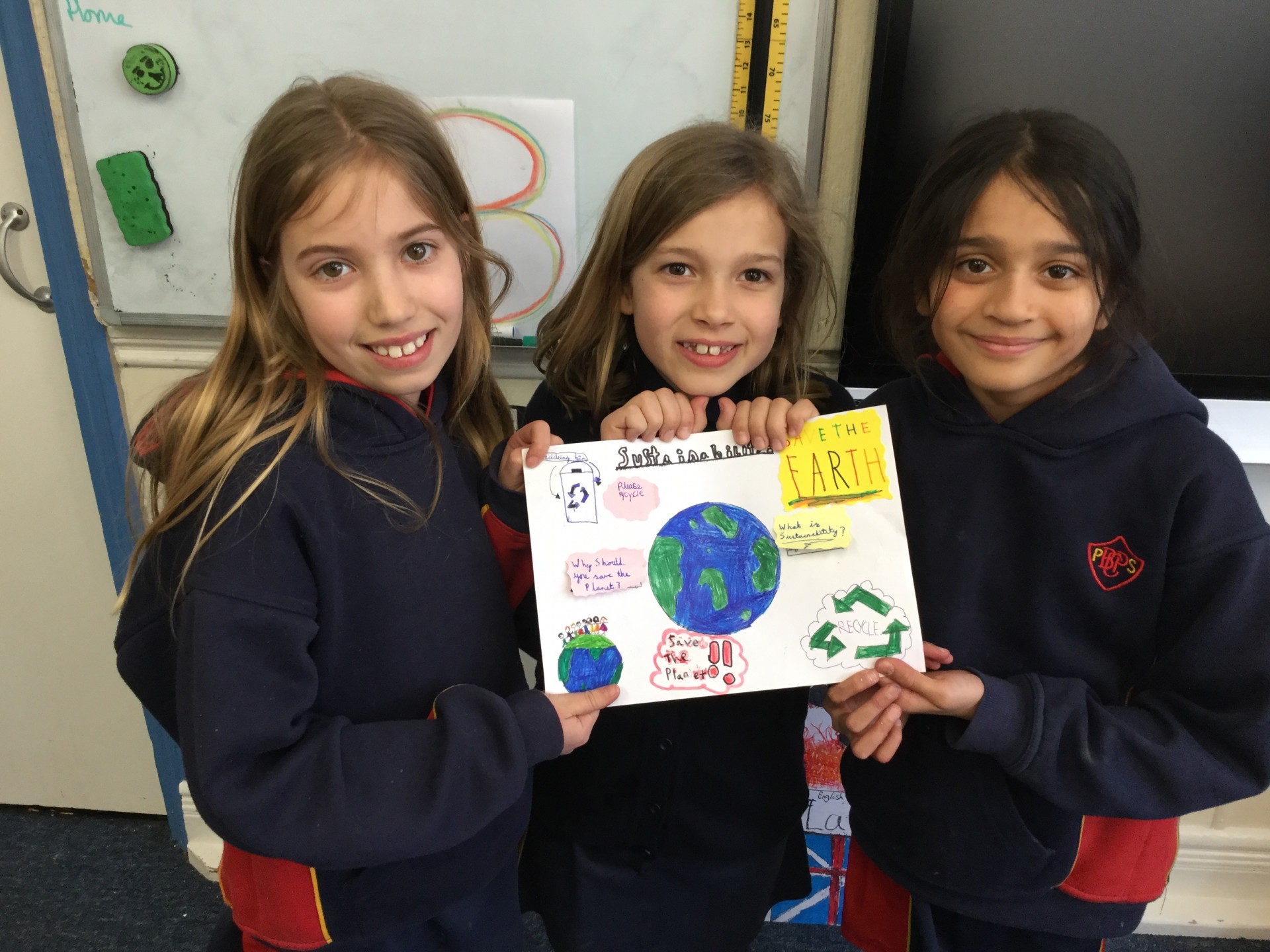 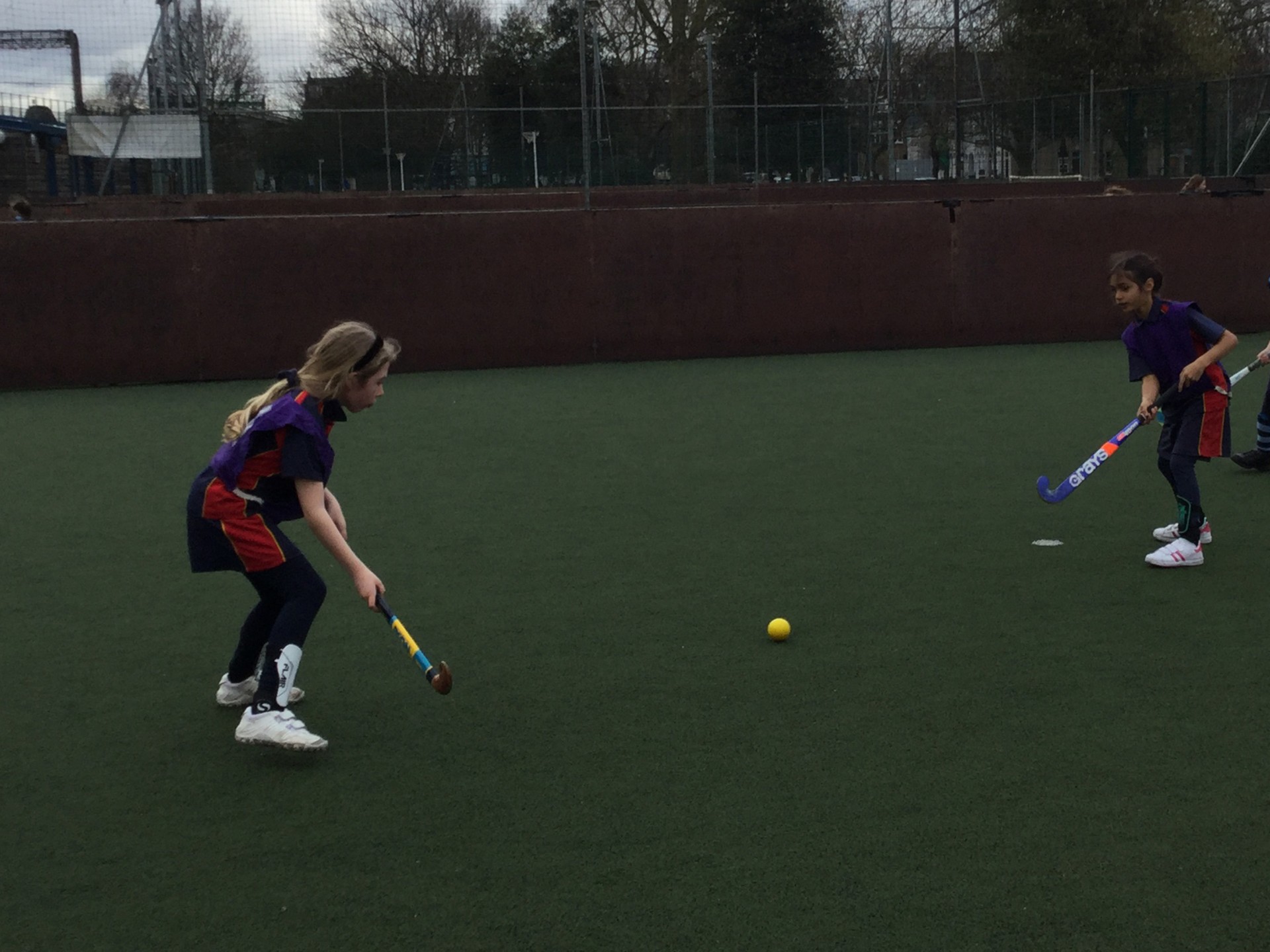 On Tuesday 10th March, Form 3 had a fantastic afternoon taking part in their first hockey fixtures against Orchard House School.

The class were divided into two teams (Blues and Purples) to play against Orchard House. Despite only having a couple of hockey lessons this year, you certainly couldn’t tell they were playing their first matches , winning 2 and drawing 3 of their 6 games played.

The Blues and Purples both demonstrated fantastic team work in attacking and defending, with all of them being assertive in their play and effectively contributing to their teams’ performances.

The girls will continue to work on their spacing out and structure across the pitch during lessons, which will allow them to attack with greater speed through passing over longer distances using the width and height on the pitch.

Thank you to all of the parents who came and supported the Form 3 in their matches, we hope you enjoyed it as much as they did! On Friday 6th March the children’s author Abie Longstaff visited Chiswick & Bedford Park Preparatory School. The children thoroughly enjoyed her interactive assembly, where the school worked together to storyboard a new book, and engaging workshop which included activities such as designing a book cover.

Thank you Abie for helping us to celebrate World Book Day!

You can see photographs of the day in our school gallery. As part of their project on the Ancient Egyptians the class took part in a workshop at the Samsung Discovery Centre, the museum’s state-of-the-art technological hub for children and young people. There they decoded tomb paintings which depicted the hobbies of those buried, before designing tomb paintings based on their own favourite activities. Here are some of their creative designs! 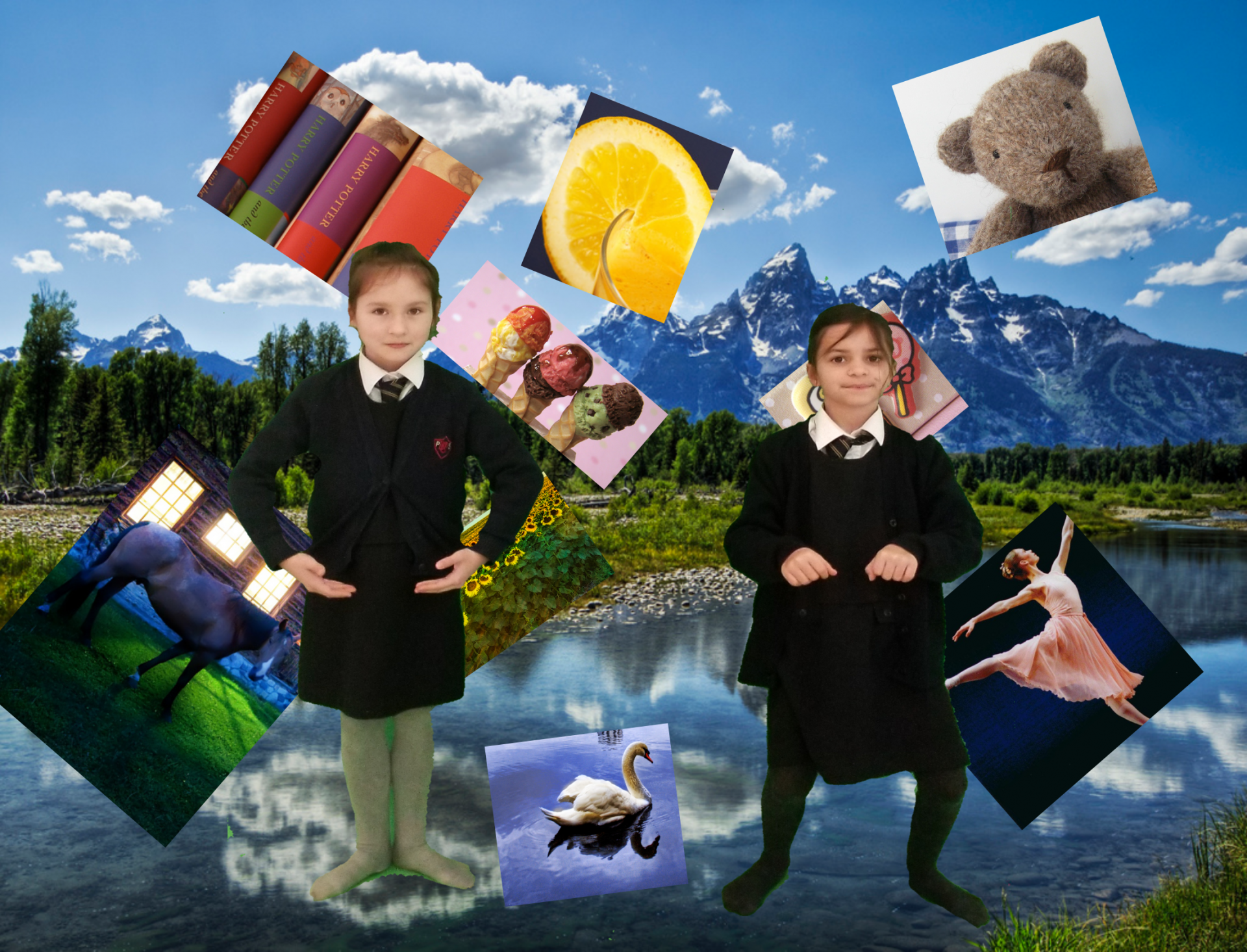 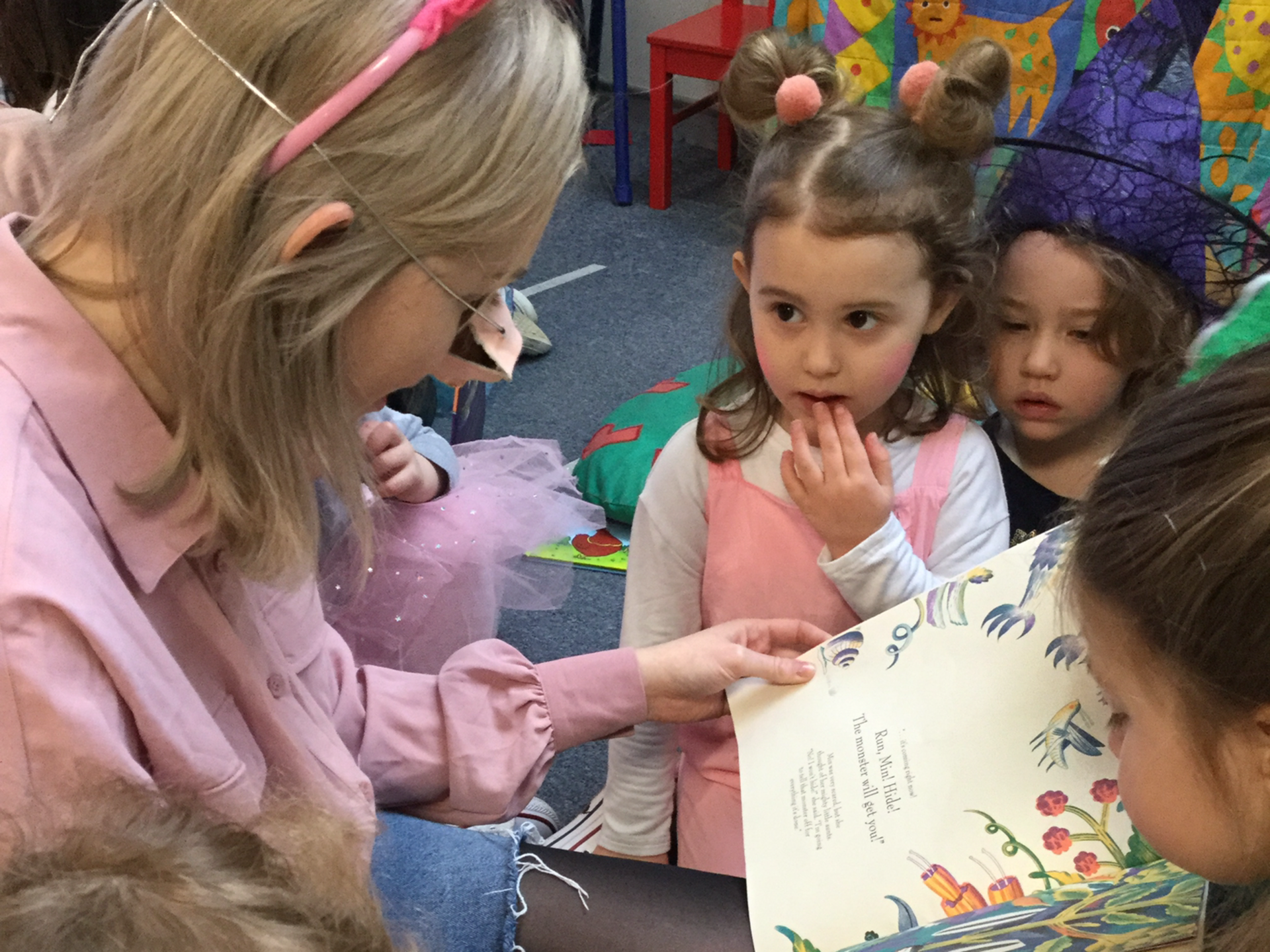 On Thursday 5th March, Nursery celebrated World Book Day. The children dressed up as their favourite literary characters and listened to many stories. The teacher’s performance of The Little Pigs was thoroughly enjoyed and the children even re-enacted the story themselves the following day! 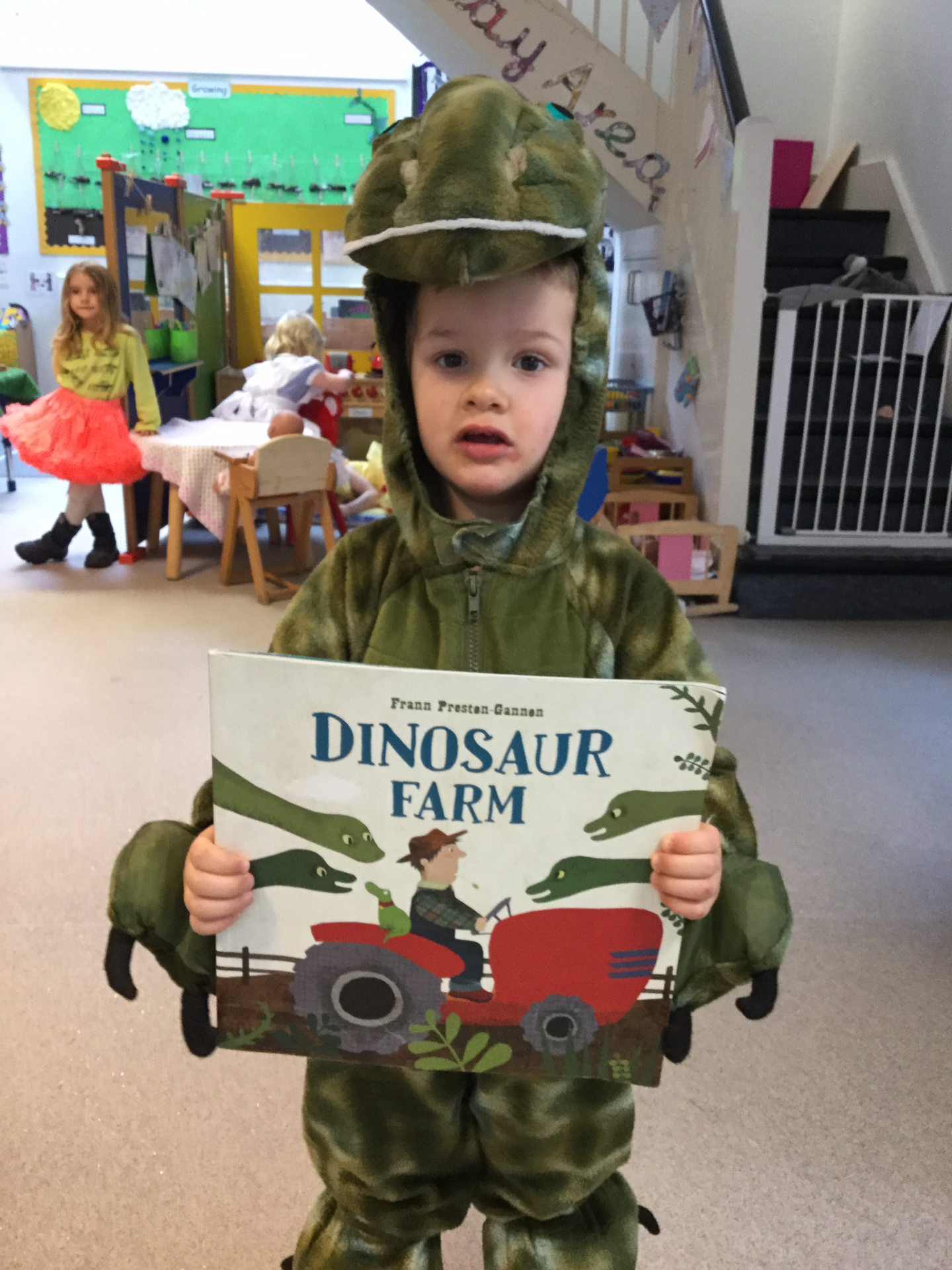 On Thursday 5th March, the pupils and teachers at Chiswick & Bedford Park joined in with a variety of activities in celebration of World Book Day. This year the whole school took part in a read-a-thon, where every class teacher visited each form to read them an extract from a beloved children’s story. Form 2 then had a wonderful time designing bookmarks and decorating Golden Tickets from Charlie and the Chocolate Factory!