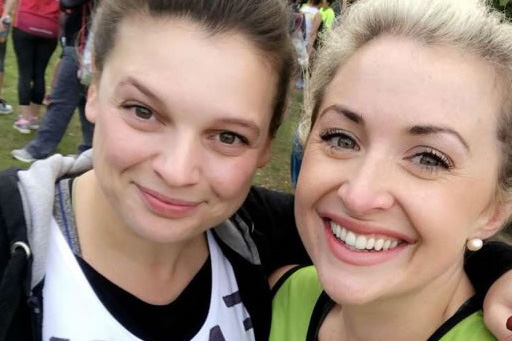 In what was their first full marathon, the two teachers’ remarkable running and fundraising achievements were however in jeopardy in the approach to the race as Ms Kersey fell ill and the travelling commitments of Ms Fennel interrupted the pair’s training routines.

However, their supportive families, friends and colleagues enthusiastically spurred them on and their ‘impossible dream’ could become a reality.

“The support we had was phenomenal,” said Ms Kersey, a talented dance teacher. “We couldn’t have achieved our incredible result without the support from all those who believed in us.”

“The runners and the cheering crowds gave me an unexpected boost of extra energy as I ran over Tower Bridge’, laughed Ms Fennel, “I just couldn’t stop smiling as children handed me jelly babies, the motivational placards and the drumming of the music just filled me with a positive force of goodwill and happiness.”

The girls were over the moon when they realised they had bagged more money than anticipated for their charities and they also thanked colleagues at CBPPS for their consistent support.

Ms Kersey’s most memorable Marathon moment was running into the Mall; she was aware of Buckingham Palace in the background and in the same flash saw her family cheering and urging her on to the Red and White Finish Line.

Ms Fennel had a similar moment as her mother and sister, who had flown from Listowel, County Kerry, surged forward to hug her at the Finish Line.

As they stepped over that Finish Line tears flowed copiously and huge bear-hugs were exchanged.

Mrs Daniell, Headmistress at Chiswick & Bedford Park Preparatory School, said: “This was a fantastic achievement for Ms Kersey and Ms Fennel. It’s a true credit to the school that we have them here and wonderful for the children to have such inspiring, diligent, and determined teachers.”

Form 6 are ready for adventure on the Isle of Wight!